A rare Quran made with paper from the Ming Dynasty was recently auctioned for 7 million pounds (≈ 32 million dirhams).

Dating back to fifteenth-century Iran, the Quran is physical evidence of the diplomatic and cultural relationship between Timurid Iran and Ming China.

Transcribed onto the Chinese Ming-era paper in shades of deep blue, turquoise, pink, purple, orange, green and cream, the pages of this astonishing Quran are also flecked with gold and decorated with gold circular verse markers. Surah headings are written in golden Thuluth calligraphy, while the cover is stamped and has a gilt Safavid binding with a flap and text panel.

Apart from this Quran, only six manuscripts – a treatise on Sufism and four other Qurans – are identified to have been created from Chinese paper. Three of these Qurans can be found in the Detroit Institute of Art in the US, and the Topkapi Museum and Türk ve Islam Eserleri Muzesi in Turkey. One was sold at a Sotheby's auction in 1995.

Images of a few pages from the Quran are below. You can see the finer details of the pages in a video on the Christies website. 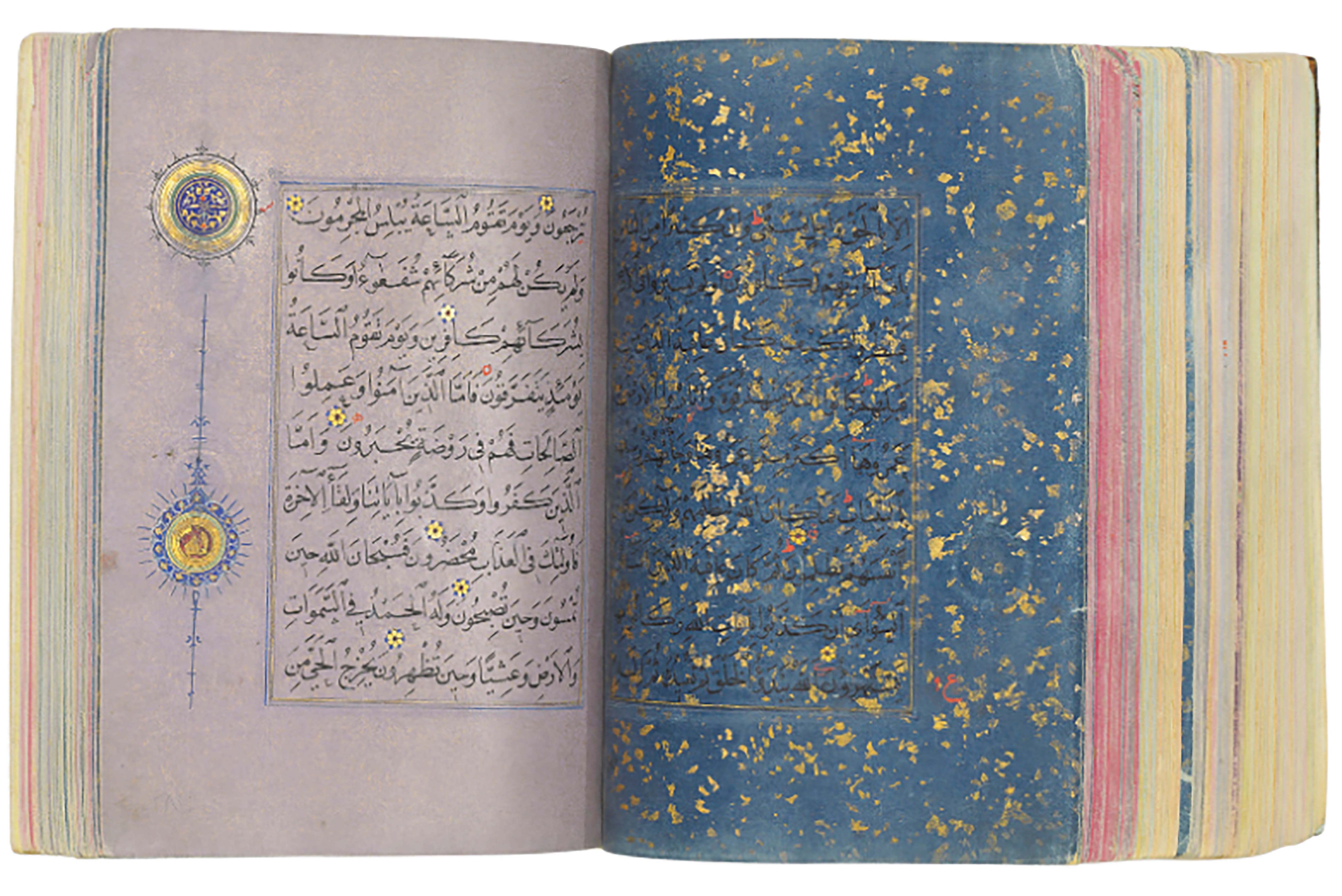 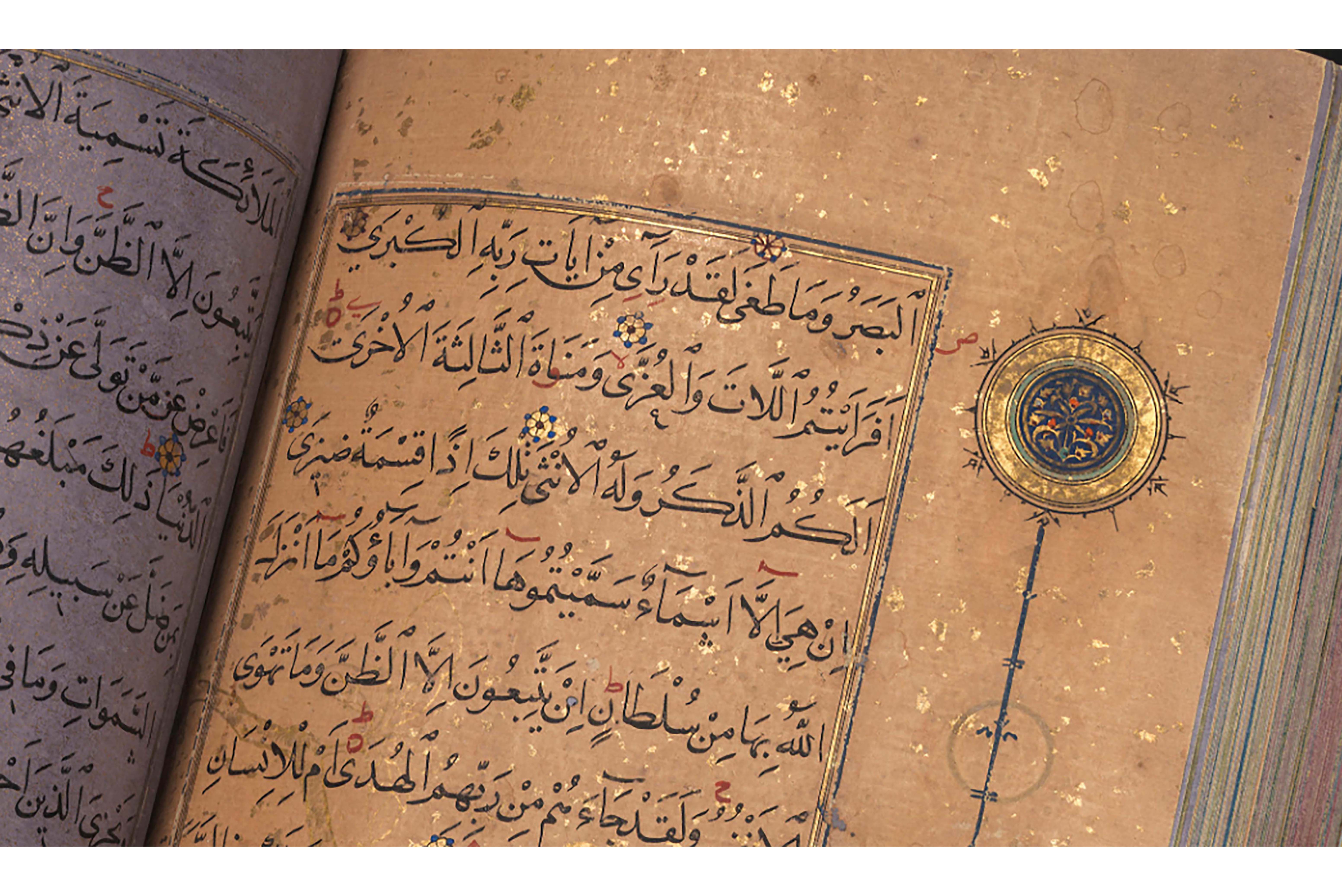 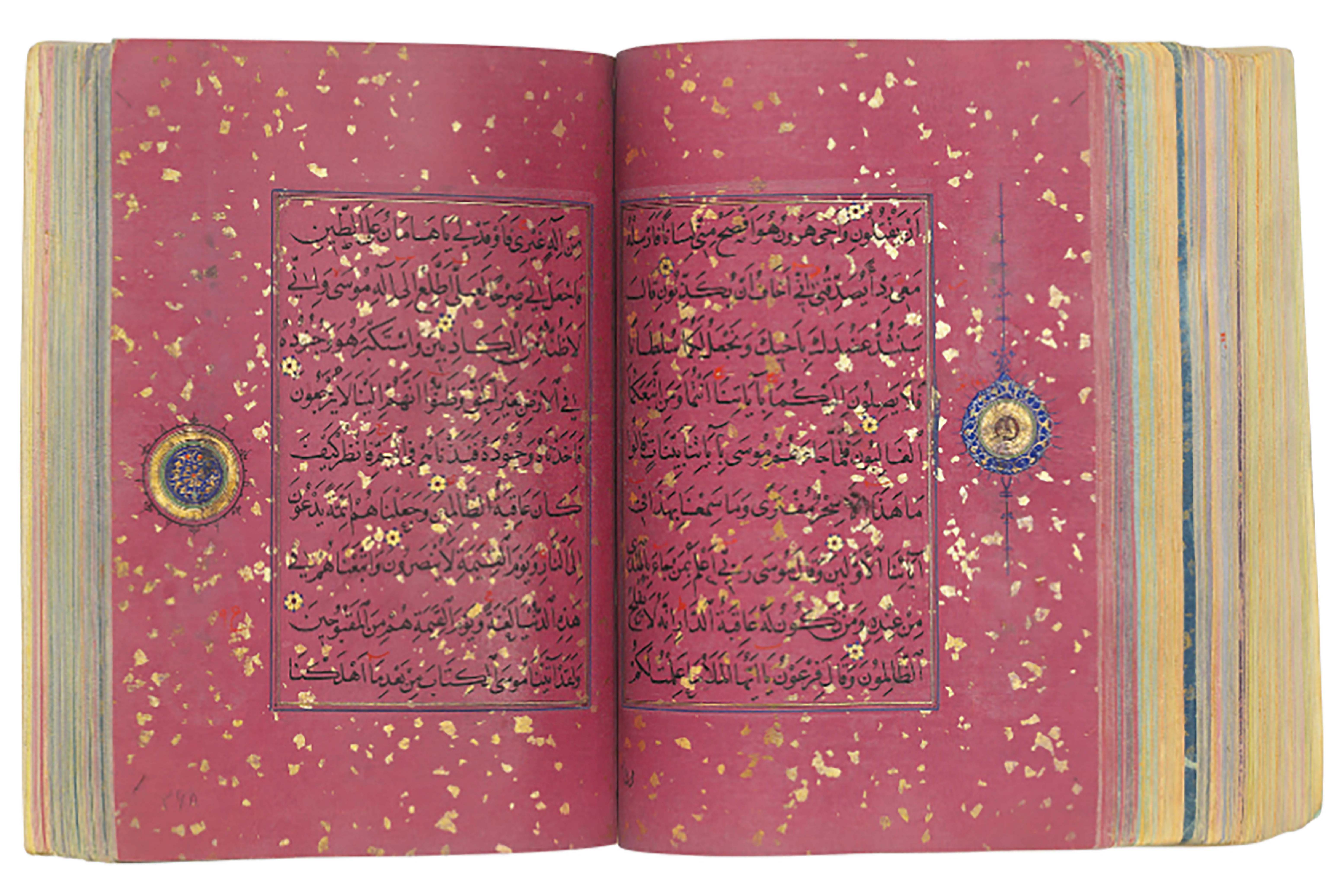 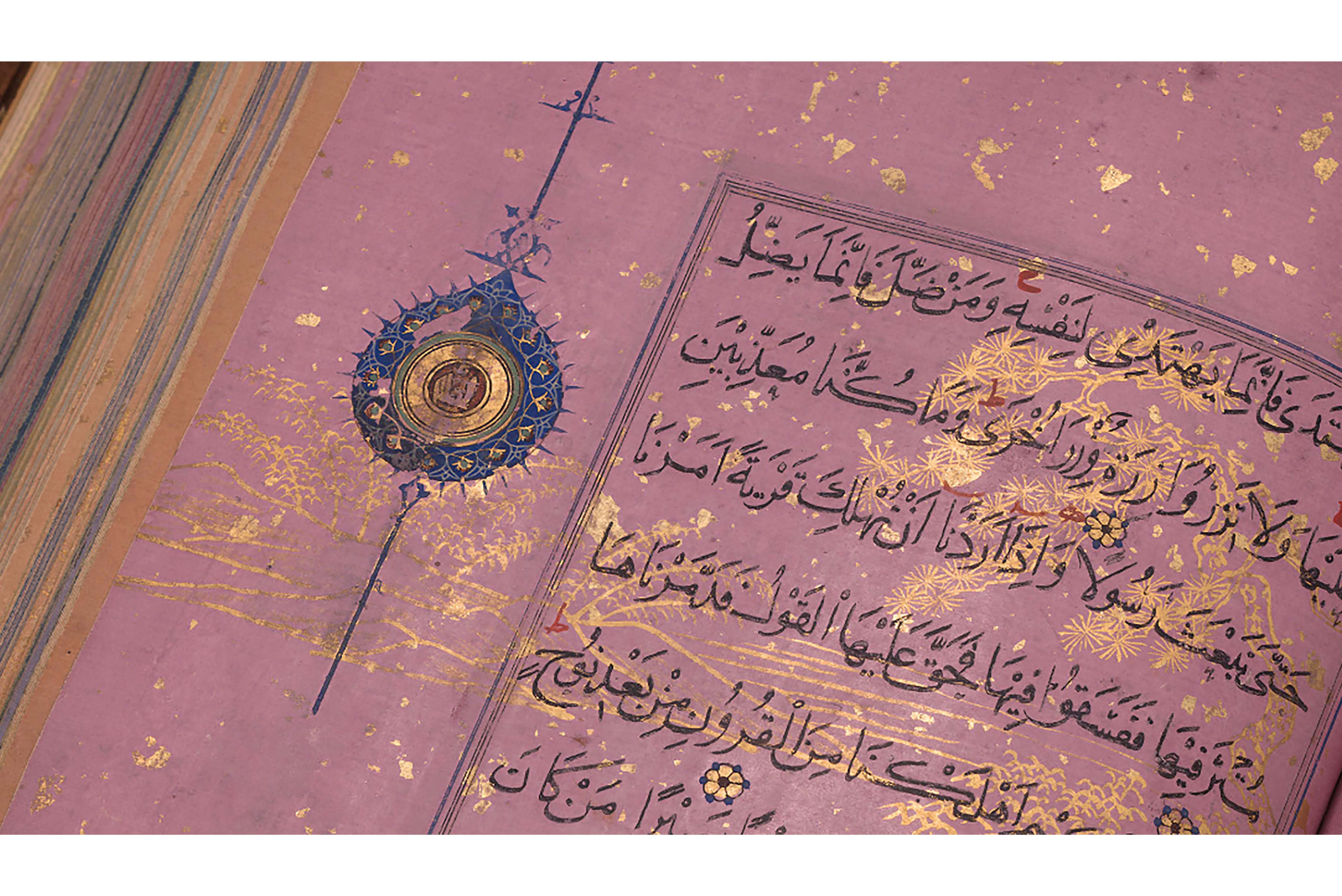 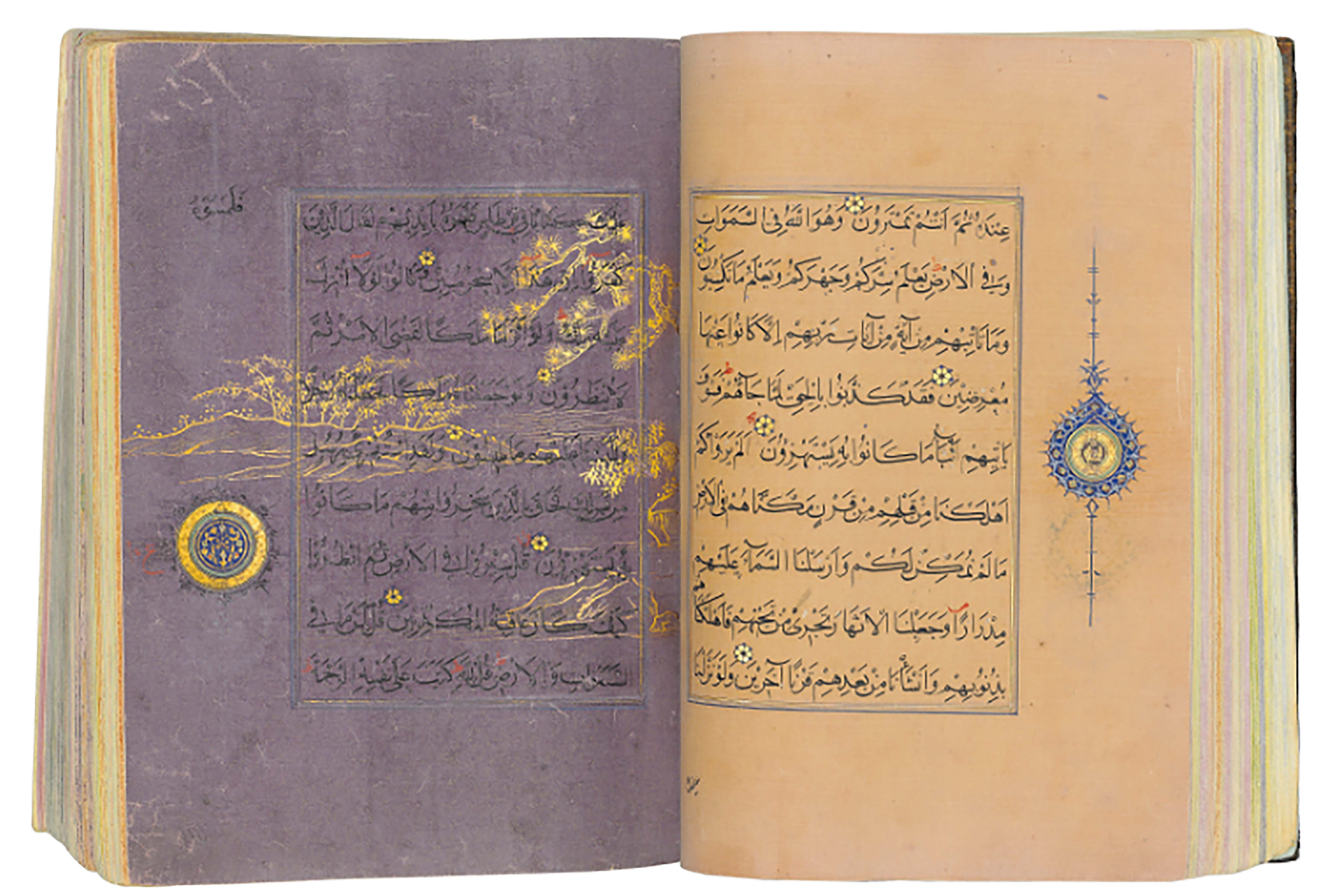 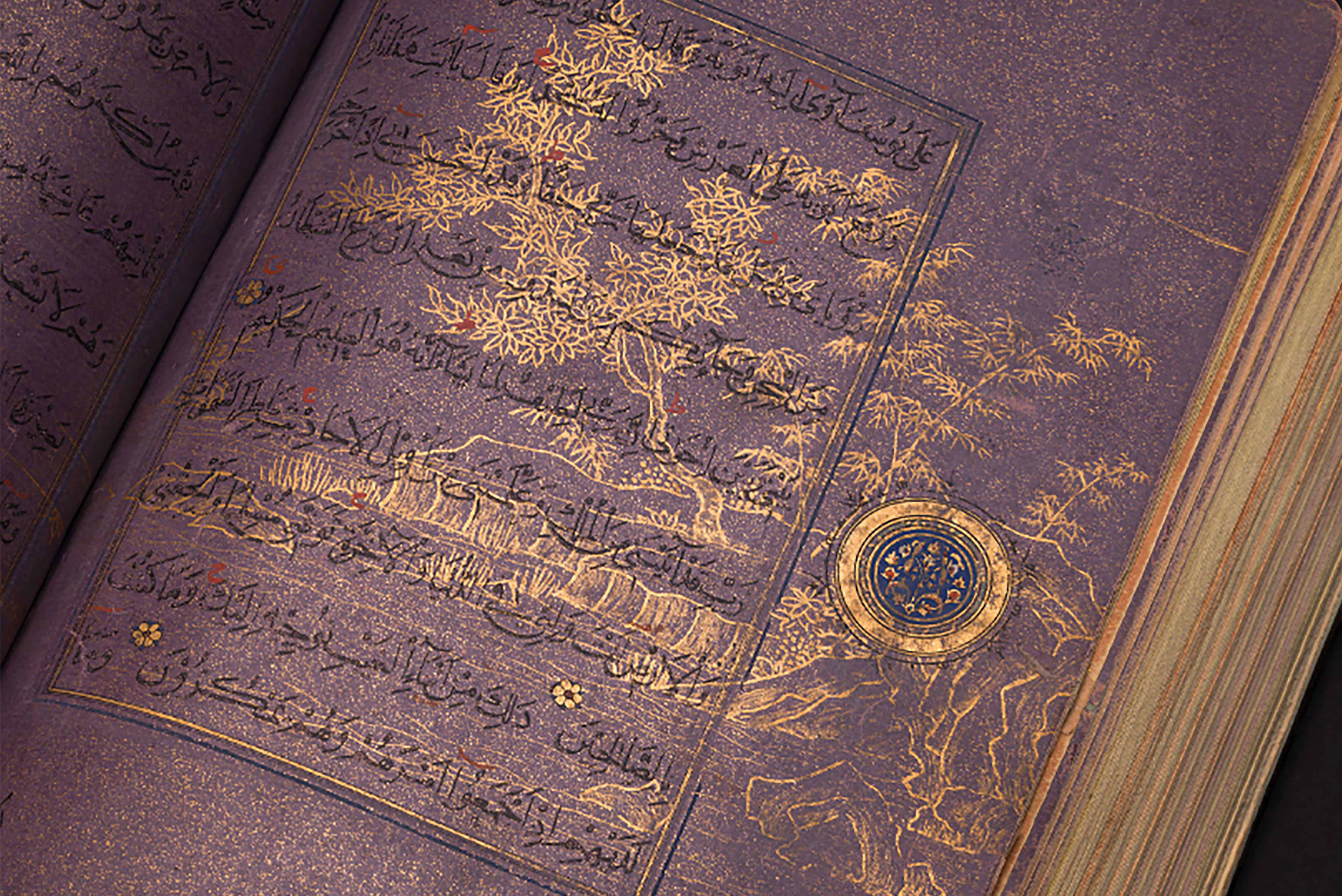