We spoke to Rabbi Marc Schneier, founder and president of the Foundation for Ethnic Understanding and founding rabbi of the Hampton Synagogue in Westhampton Beach. He has been honored by the US Congress and the State of Israel as an advocate for human and civil rights and religious and ethnic tolerance.

You have come from a long line of rabbis, what made you go into the field itself?

With social action I needed to get comfortable with a challenge facing  my generation where I thought I could make a difference. 31 years ago I established the Foundation for Understanding to rebuild the historic relationships between blacks and Jews in the US. If you carefully examine the civil rights particularly with Martin Luther King Jr, there was no segment of American society that provided as much support to Dr. King and the black community as well as the Jewish community. That was the starting point. After King’s tragic assassination in 1968, that relationship spiraled downward and the lowest point was the Crown Heights riots in Brooklyn in 1991 between the blacks and Jews. It was before the foundation was established. Today I would define black-Jewish relationships as being the state of cooperation and not one of conflict. And I would say that this foundation, particularly Russell Simmons who was my partner at the time, we played a very instrumental role that will be recognized as having played that significant role in rebuilding that historical relationship.

Around 2005 Russell and I looked at each other and we said we either close up shop or we have to pivot onto something else. And I felt that one of the greatest challenges particularly for the Jewish community was to try to find the path to narrow the gap between 1.6 billion Muslims and 16 millions Jews. And we pioneered the field remotely of Muslim-Jewish relations following the similar trajectory to what we did in black-Jewish relationships knowing that writing on the subject would be critical.

So how did you meet the Imam Ali?

Very interesting story, which is in the book. When Pope Jean Paul II died, CBS TV was doing a segment on the Pope’s impact on the two other Abraham Accords religions so I was representing the Jewish community and he was representing the Muslim community. And he says, and he was probably right, ‘I grew up in an environment where Muslims were the demons and enemy.’ My Real epiphany was in 2005 when I was invited to address the leading Muslim day school called the Razi School in Queens and it was supposed to be a 30 or 40-minute event to engage with a rabbi for the first time, but it went on for 3.5 hours. And I felt very much at home as it reminded me of Jewish schools called a Sheva, in fact ‘A Madrasa’ comes from the Hebrew word ‘Midrash’, which is a Jewish school. It was a love fest, I don’t know what happened to me there. It was an epiphany and it peaked my curiosity and I took it from there and listened. I had some really extraordinary and amazing experiences along this journey. When I first entered the field of black-Jewish relationships, people wanted to hang me in the effigy. Same with Muslim relationships, people thought I was nuts. They would say there goes Marc …. And today I’m a hero. I just see things differently than most people and saw an opportunity to make that social action contribution and the rest was history.

How do you think people of different faiths can learn about one another? Is it through books, or talks, or?

If this was a multiple choice test I would answer ‘e. All of the above.’ I think it’s very important to have a text. There are so many misgivings and misunderstanding and misperceptions in Muslim-Jewish relations as to how we understand the others’ faith, how we understand the Qur’an and how they see the Bible or Torah.

When King Abdallah, the late king of Saudi Arabia, had this initiative in Spain and I was one of the keynote speakers along with the then Secretary General of the Muslim World League, H.E. Dr. Abdullah Al Turki. He looks out to the crowd and says we’re all for dialogue but we know there are people we can never talk to and that’s the Jewish people.. they may seem themselves as the chosen people, they think they’re better and superior. Now I have already studied the Qur’an for the preparation of this book and I was familiar with the principle in the Qur’an which is ‘khair umma’, or the bravest nation or best nation, and I asked Dr. Al Turki, publicly, ‘are you familiar with the term ‘khair umma’?’. And he says, ‘It’s not that we are better, but we are chosen to bring our monotheistic values to the world.’ My response was ‘well that’s what choseness means. How often would I hear from Imam Shams Ali that the criticism he was getting for engaging with the rabbi and the Jewish community was because they were wrongly defining what the term means. Similarly, the wrongful definition of what jihad means. There’s a lot of ignorance and it’s important to do more than share dinners and going to spiritual centres, there has to be some substance.

And that’s why I wrote this book with the Imam. There needs to be some text that is provided to the masses to support them in the knowledge and addresses the issues that unite and divide the Muslims and Jews.

The next step would be to translate the books into Arabic and Hebrew, and it’s very exciting timing!

And is that the reason you decided to distribute in this region right now?

Yes, there’s a lot of curiosity in this region about Jews. There’s never been a guide about understanding the other as there is within the Jewish community in the United States trying to understand the Muslim community. I never speak of this but I produced a movie that won a major award in southwest Austin, Texas, which was the first major motion picture to deal with Islamophobia in the USA, and it’s about fighting for the other and I’ve often said that a people who fight for their own rights are also fighting for the rights of all people. So I’m committed to fighting anti-Semitism and to fighting Islamophobia and if you ask the American-Muslim community who are your greatest champions and defenders they would tell you it’s the American-Jewish community that is supporting them. There are no two other faiths that have more in common than Judaism and Islam. Muslims pray 5 times, we pray 3, Muslims have Halal, Jews have Kosher and so on.

You wanted to write books to inspire people and get your ideas out there, are there any books that have inspired you?

I’ll tell you what inspired me about books is if you are committed to a cause or promoting a cause you need to have that credibility, which a book brings to the table. That’s been my formula. Black-Jewish relations, I made a book. Muslim-Jewish relations, I needed a book. I would love to write a book about interfaith diplomacy, how the interfaith platform has played such a significant role in terms of… people often look at religion as something very divisive, being a reason for conflict, but religion can also bring people together and I can see that in my own experiences in terms of the value of interfaith diplomacy and that’s what’s beginning to marinate in my head.

And for people who want to follow this path of interfaith dialogue and write about it, how do you suggest they start?

I think they can start by going to the foundation’s website. We’re like the 800-pound gorilla in this. There are many different Muslim-Jewish relations on the site. We have also started a social media campaign which 3 years ago called Muslims ARE Speaking Out. When Muslims were under attack in the case of a terrorism and such, we use our social media platform to demonstrate all over the world the vast majority of Muslims speaking out. Good people who will not tolerate this kind of extremist behaviour.

There’s another campaign we recently started, Muslim History Makers, and it’s about identifying and celebrating the Muslim leaders, not political, but in arts or sports, Muslim leaders that positively portray Islam.

When you go for these conferences, what inspires you the most? Talking or listening?

It’s usually the same people, but I think that these conferences have always given me a platform to educate and sensitize non-Jewish leaders on what Israel means to the Jewish people and how Israel is a religious issue and not a political one. Israel has been at the very core of Judaism for 3000 years, it’s not a 72-year political entity. I used to always hear these comments that ‘we don’t have anything against Jews, it’s just Israel.’ But you can’t separate these two. It’s like separating sharia from Islam. It’s insulting. If you want to have an authentic dialogue with the Jewish people then you need to recognise that. 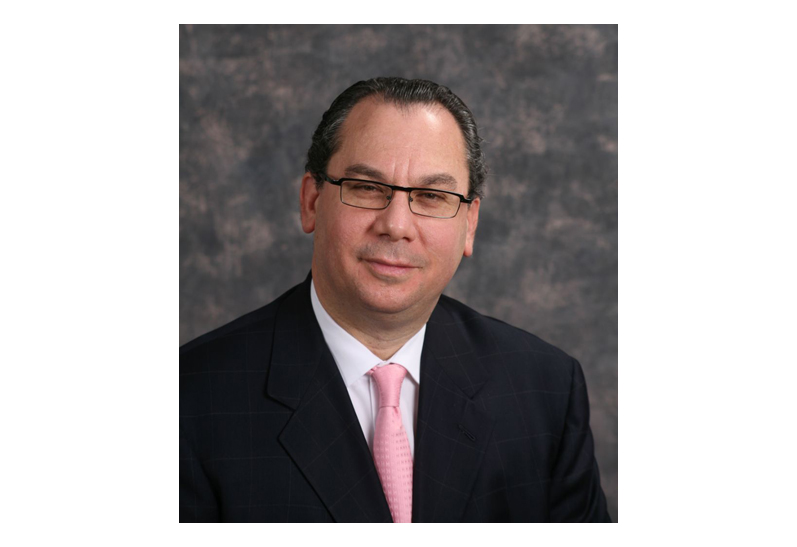 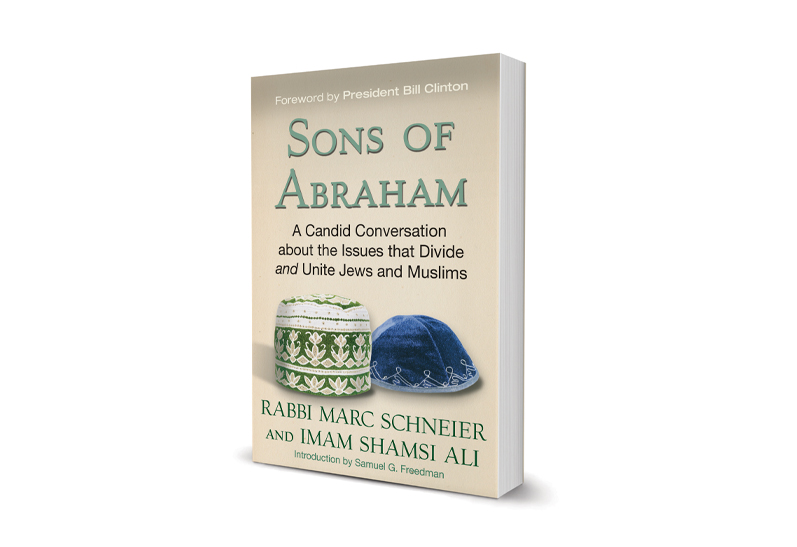