We spoke to Alexandra von Hahn, the author of one of our bestselling cookbooks, The Culinary Magic of the Emirates. Born in Santiago, Chile, she grew up in Montreal, Canada. She moved to Abu Dhabi, UAE, along with two children, when her diplomat husband got a posting in the capital city. She is also a chef and a relationship coach. The authentic recipes featured in the book was a result of Alexandra’s interviews with twenty-seven Emiratis from across the UAE. She very passionately crafted this volume for local and international audiences passionate about Emirati cuisine and culture.

Aside from being a chef and a relationship coach, you’ve managed to write a book, The Culinary Magic of the Emirates which features traditional Emirati recipes from several Emiratis. Was writing something you always wanted to do?

Your question hits the right spot in my heart. I have always dreamed of writing my stories and that of other people, however, I never in my life thought that I would accomplish writing my own cookbook, including these stories! My thoughts were, “others are able to write so much better than I ever will be able to“. Reason being, I had multiple projects running in parallel, such as managing my own small cheesecake firm in Berlin, while being the wife to a German Diplomat in the Middle East and attending to my Relationship Holistic coaching clients online.

Tell us more about the book:

a) What inspired you to write it?

Upon arrival to our diplomatic posting to the UAE, I soon realised that our expat community was predominantly involved in tasting and experimenting with international dishes. Given the fact that, in the UAE, food from all over the world are represented. However, I missed being introduced to the Emirati food culture and the women and men who are passionate to cook their traditional dishes. After my first year in Abu Dhabi, I got the idea of researching and compiling a cookbook dedicated to authentic Emirati cuisine.

b) How long did the process take?

Compiling and researching took me about three years. Establishing friendships and quality contacts takes time in the Gulf area. And rightly so. I learned that networking and establishing, developing and maintaining friendships for my Emirati food & culture book takes time and effort. Once we became friends, the friendship was always based on trust and with whom I could share my concerns about Emirati social etiquette and finding new interviewees. I was often pleasantly surprised when I received phone calls from my Emirati friends who had set up appointments for me to meet potential interviewees for my cookbook.

c) What key themes do you explore in it?

My idea was to find Emirati women and men whose passion was to cook traditional Emirati dishes for their families and friends, and also for restaurants and events such as weddings, birthdays, religious ceremonies, etc. I also wanted to share stories that they considered important to leave as a legacy for the generations to come.

d) What major challenges did you face while writing it?

A major challenge was realising that setting appointments should be done by an Emirati friend and not necessarily by me. I had set up approximately 156 appointments, for 27 chapters. Upon arrival, I was often told at the door that their uncle had died, or that one of their daughters was getting married. After months of failing to meet people, I decided to call my Emirati friend Zahra Al Nahdi (mentioned in chapter 25 in my book on page 152) for her help. She had the laugh of her life, and simply replied, “Alexandra, in our country, you don’t set up the appointments; it has to be an Emirati man or woman who calls his/her friends who will then refer contacts to you. We do not conduct cold calls or cold visits without the approval of an Emirati referral.” I am forever grateful for Zahra’s help and clarification. She arranged for me to meet numerous women for the interviews, most of whom were her close friends.

e) Where can readers find your book?

Booksarabia.com for either online orders or self pick-up for national orders. You can get free shipping for international orders when you order three or more of my books.

Do you have a writing process?

My writing process is relatively simple. I enjoyed interviewing the amateur and professional chefs who are passionate about cooking traditional dishes that were made by their ancestors. This led me to divide my book into 27 chapters, and each interviewee was given a chapter for her/himself. Why a full chapter? All of them decided to cook every recipe that they considered important to be known by the next generation; they also had a lot to say about themselves and their families. So, I decided to include their stories as well in the book.

What do you enjoy most about writing? And was it this specific topic that compelled you to write, or do you write on other topics as well?

I mostly enjoy writing about foods that are eaten and enjoyed by people whose passion is to cook! I mainly write about dishes that excite and motivate people to explore the different flavours, fragrances, textures – yes, it means touching both raw and cooked food. I write stories that I have personally experienced while we were posted abroad; however, always in connection with dishes eaten by the locals.

What were some of your favourite books growing up?

Crime and Punishment by Dostoyevsky; Republic by Plato; Lord of the Flies by William Golding; Oliver Twist by Dickens; Don Quixote by Cervantes; 1984 by Orwell; Joy of Cooking by Irma S. Rombauer; and Baltic recipes from my grandmother, Pr. Dina von Hahn von Lieven

Your book literally goes into Emirati homes as you speak with the locals about these delicious dishes, what is one thing about that experience and story that would amaze people?

The love, elegance, authenticity and passion that these women and men devote to maintain their traditional food culture, with a strong desire to have every recipe written down in my cookbook for the generations to come!

Where does your love of cooking or food come from?

I am a third culture kid! (Meaning, people who are – or were as children – raised in a culture other than their parents' or the culture of their country of nationality.) I was born in Chile, raised by my Hungarian mother and German Baltic father; I had the privilege to be introduced to native Chilean food culture and cooking rituals, which always resulted in delicious dishes that I truly enjoyed and loved. In addition, our staples were typical Chilean dishes cooked by our housekeeper. Also, my mother’s Hungarian dishes and my father’s typical Baltic dishes were part of our weekly repertoire as well. I knew from an early age that I was always curious about the mysteries of food combinations, fragrances and ingredients.

What needs to be done for expats based in the UAE, or for the locals, to familiarise themselves with and celebrate Emirati food?

Buy my book! You can also check our videos on my YouTube channel, which are currently being planned for October or November of 2020. In these videos, you will be able to see the people from my book cook for both English and Arabic speaking audiences.

You’ve lived in many different cities around the world; what’s the strangest recipe or experience in cooking you’ve come across so far?

In Sanaa, Yemen, I was given the honour of consuming the light blue eyes of a sheep that were extracted in front of me directly from the sheep’s head which was still attached to the entire body (that was baked under the sand for 5 hours). I was told by the host to chew slowly, which is a sign of honouring both the host and hostess! I managed it relatively well despite being vegetarian!

What have been some of your readers’ responses towards your book? Was there anything that was surprising to you?

I was surprised when all my 27 interviewees expressed their gratitude and acknowledgment that I had the courage and discipline to pursue this project for a challenging 4. The expatriate audience were curious to read stories about these Emirati women and men, as well as to know my stories from the time I spent with these families during my interviews. They regarded this as a privilege!

In your opinion, what makes a cookbook special?

A successful cookbook must be able to convey a “feeling” of authenticity, love and passion by the author.

What advice would you give to a young author and chef following in this path here in the UAE?

Write only what you have truly experienced with love and passion, and what you want the whole world to know about.

What are you currently reading or have read recently?

I am currently reading Pomegranate Soup by Marsha Mehran. It is a story about three Iranian sisters in Ireland and is interlaced with delectable recipes that one of the sisters have cooked while she was running a small restaurant.

Do you have another book in the pipeline?

Yes, I do. My second cookbook is based on modernised authentic Emirati dishes devised by Emirati Chefs. I am currently doing the research and interviews for the same, which is a truly new (because it’s all online) and enjoyable experience for me!

What is the best part of your day?

Cooking new dishes from the Middle East and Iran; as well as setting up my weekly live online Emirati Cooking Shows.

What is your favourite quote?

“Magic is believing in yourself; if you can do that, you can make anything happen.” – Johann Wolfgang von Goethe.

Check out her book Culinary Magic of the Emirates. 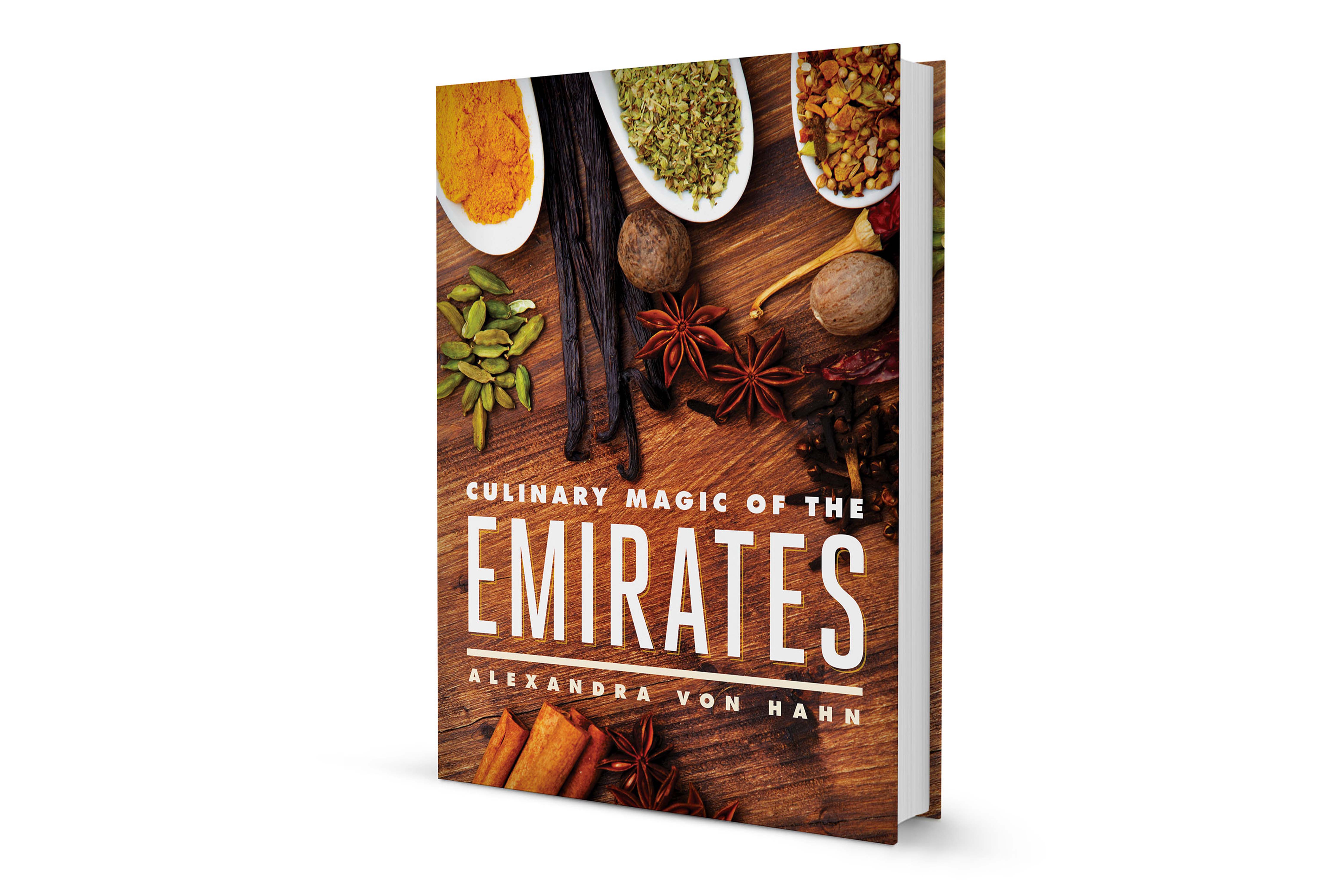 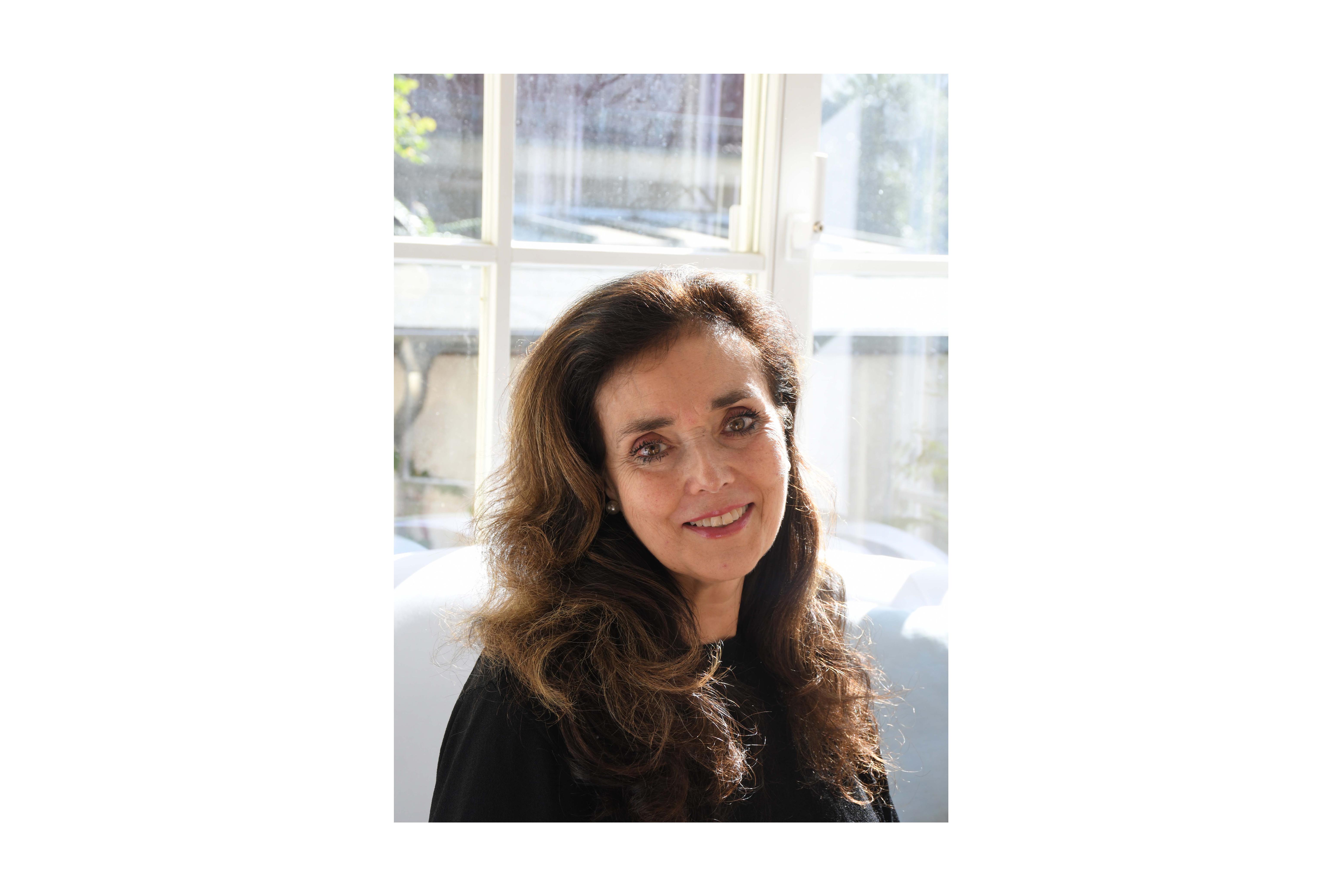