We spoke to Adrian Hayes, a record-breaking adventurer, speaker, business coach, documentary presenter and campaigner whose accomplishments include Mount Everest, the North and South Poles, and two Guinness World Records for polar expeditions. He has featured in three documentaries and is the author of Footsteps of Thesiger, a memoir of his journey across the Arabian Desert.

You’re an adventurer and you’ve written two books: Footsteps of Thesiger and K2: The Tragedy and The Triumph. How and why did you decide to become an author? Did you always want to be one?

No I hadn’t. I thought I would write a book related to my human development work sometime in the future but had put that on hold until I was old! It was only when the Footsteps of Thesiger expedition evolved in the planning stages, with the Abu Dhabi government, various sponsors, the Discovery Channel documentary and Motivate Publishing all coming on board, that writing a book of the expedition became an integral part of the project.

Tell us about the last book (or books) you’ve written:

a) What inspired you to write it?

My book on the K2 expeditions of 2013 and 2014 was also never intended. It was only on the request, indeed urge, of a US based publisher acquaintance two years later – who was intimately involved with the tragedy of the first attempt – that the idea took hold.

b) How long did the process take?

Longer than planned. Nothing flowed for the first six months and it was only when I incorporated two major changes to the concept in early 2017 that matters changed dramatically. One was to expand the book far beyond just the story of the expeditions, as dramatic as this story was. The second was to start writing it in cafes as opposed to at home – an idea gleaned from JK Rowling’s writing of the Harry Potter novels in an Edinburgh café. They worked, I got into the flow and the vast bulk of the book was written in the first four months of 2017.

c) What key themes do you explore in it?

As said above, much more than just about K2. I delve into technology’s impact on our brains and how going on an expedition away from it that one begins to recognize this; the distorting reality of social media on all of our lives; the power and lessons from nature; observation, awareness and gut instinct; teamwork, communication and leadership, and much more.

d) What major challenges did you face while writing it?

I guess it was only when I took the project similar to an expedition – that is blinkers on, total focus, and computers and smart phones completely out of the way – that I could get into the flow of writing. We are losing the power of focus, critical thinking and conceptualization, all matters fundamental for writing, and until I put all the other distractions away I, too, struggled. But the process of writing it was a cathartic experience in which I learned so much. And changed…

e) What is your typical writing process?

I’m not one of those writers that can do a little every day – it takes me an hour or two to get into any sort of ‘zone’ – thus it’s full on days and / or weeks for me. I have chapters laid out with notes, ideas, articles and links which are forever being added to, and it’s just a matter of ploughing through chapter by chapter.

What do you enjoy most about writing? And has it been a specific topic that pulls you to the act of writing, or do you write on other topics as well?

I’m going to be honest. Sitting in front of a computer writing all day isn’t my greatest idea of fun. It’s the passion behind a topic and wanting to share my experience and insights that drives me most of all. I do have a reasonable skill in it I guess, but there’s 100 ways to skin a cat thus am not suggesting it’s anything special. Passion is the most persuasive tool I probably employ.

What were some of your favourite books growing up?

It was always atlases, geography, adventure books or biographies. In other words, a thirst for the world we live in, adventures and people. With apologies to all authors of novels, I could count the number of fiction books I’ve read in my life on the fingers of one hand!

You’ve also been part of a number of documentaries, in your opinion, what’s the essential difference to you as the personality behind the expeditions, between a video documentary and a written documentary (book)?

It’s a good question, open to various angles. The purest form of adventure is just to go into the hills, mountains, seas, ice or underground with you, your teammates and nature. Unfortunately, social media’s influence on our lives means that everything now has to be shared on some platform – which unfortunately changes the experience more than people realise. A pre-planned documentary or book changes it even further. Nowadays, I compartmentalize them all into separate projects with different objectives. My own trips for the purposes of escape, personal goals, nature, adventure and learning are one sector – a side that I am increasingly omitting any social media. A documentary is a completely different project, one that is for my working career. A book the same – though I’m not sure I will write any more books on adventures themselves.

Well it’s difficult to define what that is nowadays. Those who do this as a profession generally guide people or have adventure travel companies as their main source of income. Some speak or have other semi-related jobs. It’s only a very select few nowadays who earn enough from sponsorships to be a full time ‘adventurer.’ And, in all honesty, with almost everything having been ‘done’ nowadays, its heyday has passed. For me, expeditions were, and are, only one part of my life and I generally embarked on one major project a year since 2006, with the rest of the year spent on my other work – consulting & coaching, keynote speaking, TV documentaries, writing, or campaign work.  But I have put the major expeditions on hold since 2017 for the no small matter of bringing up my teenage daughter – a far more important issue to focus on in the wider scheme of things.

What have been some of your readers’ responses or reactions towards your books? Was there anything that was surprising to you?

Footsteps of Thesiger re-traced the trails of legendary British explorer Sir Wilfred Thesiger and was a book about him, the modern-day expedition, and the changed life of the Bedouin of the Arabian Gulf.  It appeals to anyone with an interest or experience in the region and, together with the fantastic pictures of photographer Wouter Kingma, I guess it’s as much as a coffee table book as one to place in a bookshelf. It generated a great response when it was released and still does.

The response to my K2 book was also extremely positive and different as it seems to have appealed to many people who would never normally read a mountaineering or outdoor book – which is how I intended it. I’ve received no end of compliments and thank you emails or messages, but the interesting part is that everyone takes away a different lesson.

Is being an adventurer for everyone? How do we breed more of them from the UAE? What advice would you give to anyone seeking to follow your path?

I get regular emails from people seeking advice on adventures, expeditions, sponsorship and suchlike. My main response usually surprises them, which is to ask them honestly and authentically why they wish to attempt such a feat. Because our world has become so obsessed with social media driven attention, respect, recognition and fame that, subconsciously (whilst few people will admit it) the need to ‘do something special’ is probably more of a reason than ‘raising money for X’, ‘raising awareness for Y’,  ‘showing others they too can achieve their dreams’ or any other reasons, causes and claims made. Authenticity is the single biggest piece of advice I can give. And I will add that you can get as much kicks hiking or climbing in the mountains of Ras Al Khaimah as any two-three month expedition. Doing this – or something on water – is how to easily bring adventure into anyone’s life of all ages.

What’s the most dangerous expedition you’ve ever been on?

K2 without a doubt. You have to be very clear why you’re attempting it.  And humble.

What are you currently reading or have read recently?

Not too much as I’m busy writing my next book!

Do you have another book in the pipeline?

Yes, finally, the long planned human development book. The world has changed so much in past decade and we need a new type of ‘self-help’ book for people to relate to. I aim this to be it….

What is the best part of your day?

Mornings. It’s when I get everything done – I’m usually up by 5 am.

‘You don’t stop when you get old; you get old when you stop’.  If only more people realized this – for mind, body and spirit, not just body!

You can purchase K2: The Tragedy and the Triumph here and Footsetps of Thesiger here. 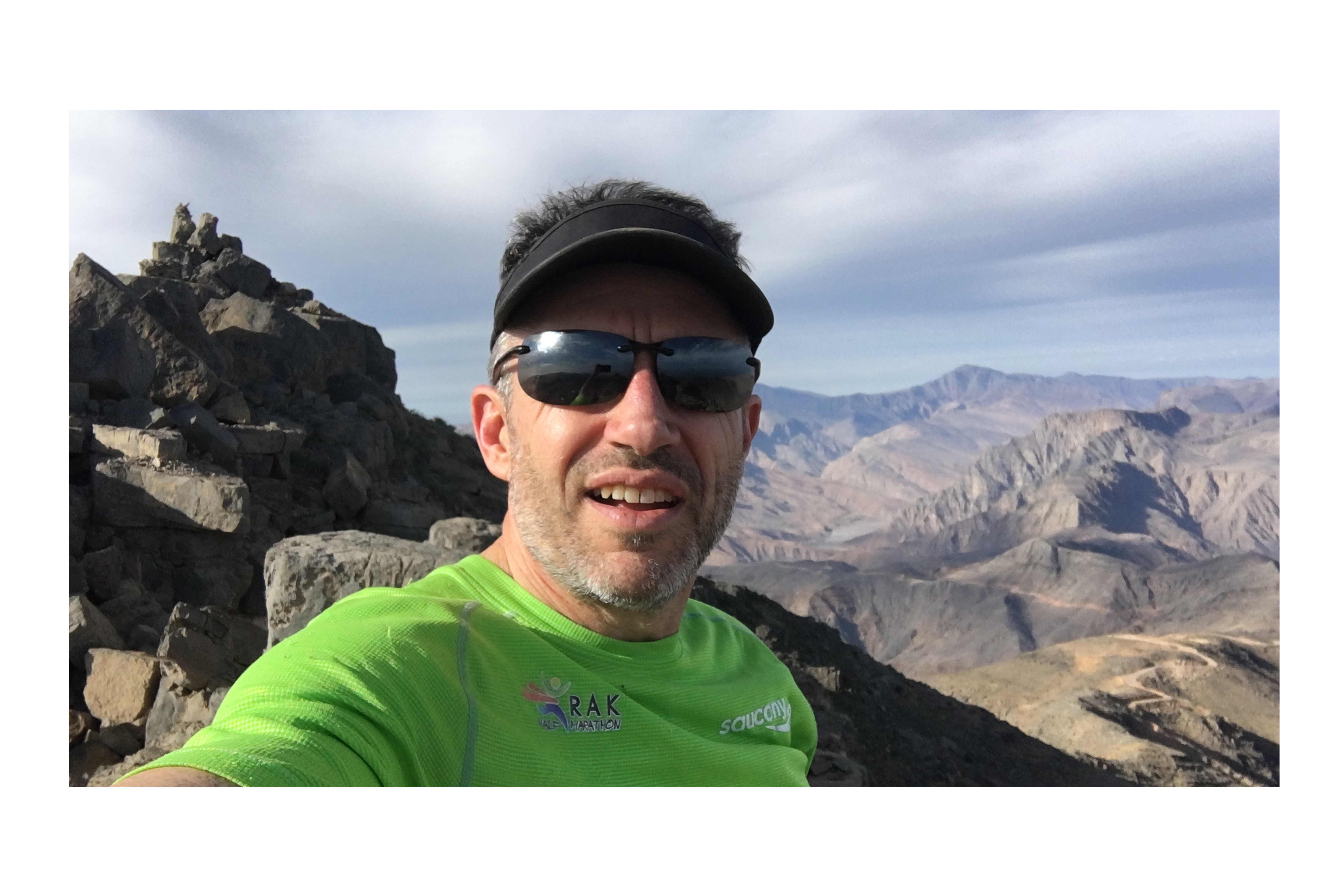 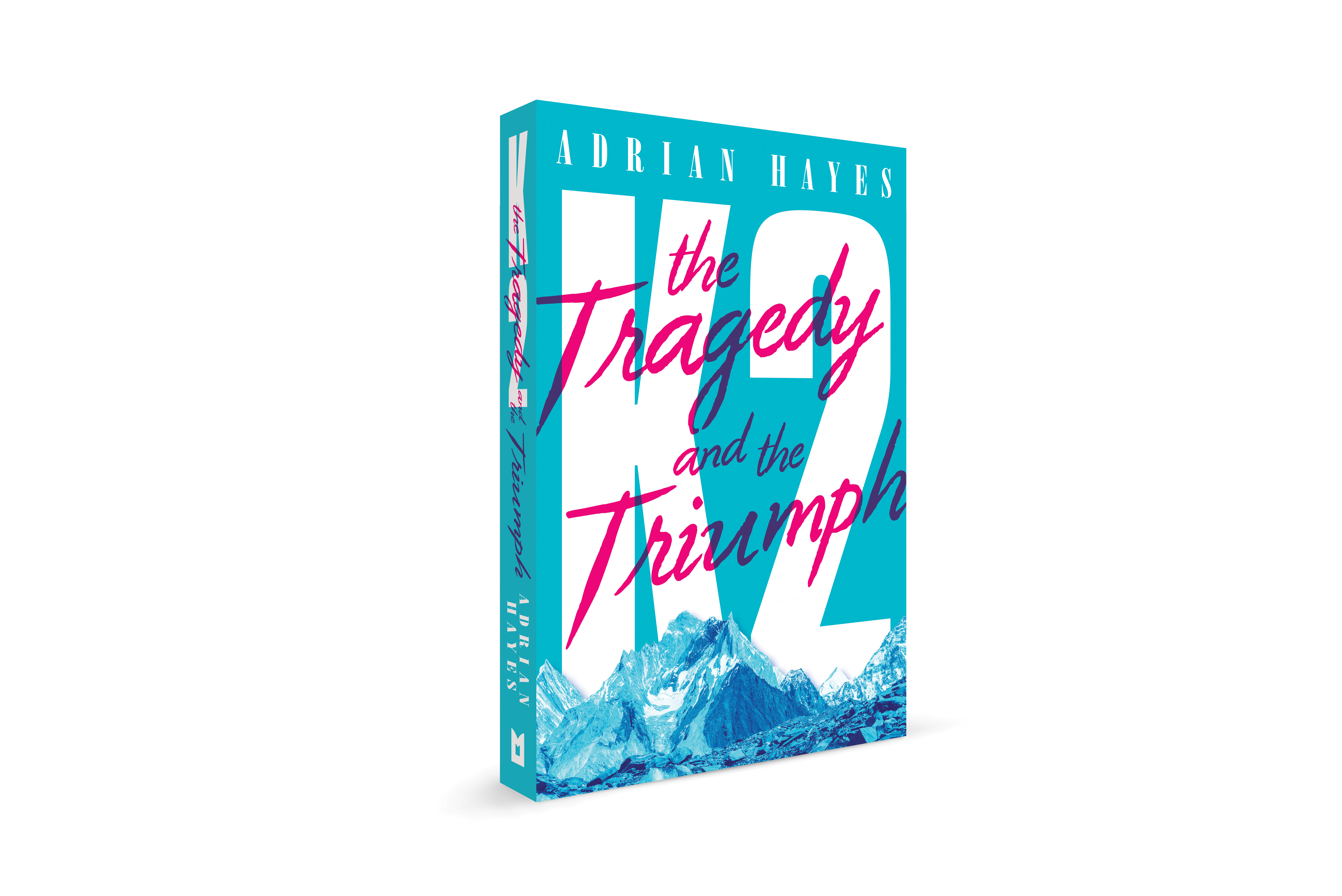 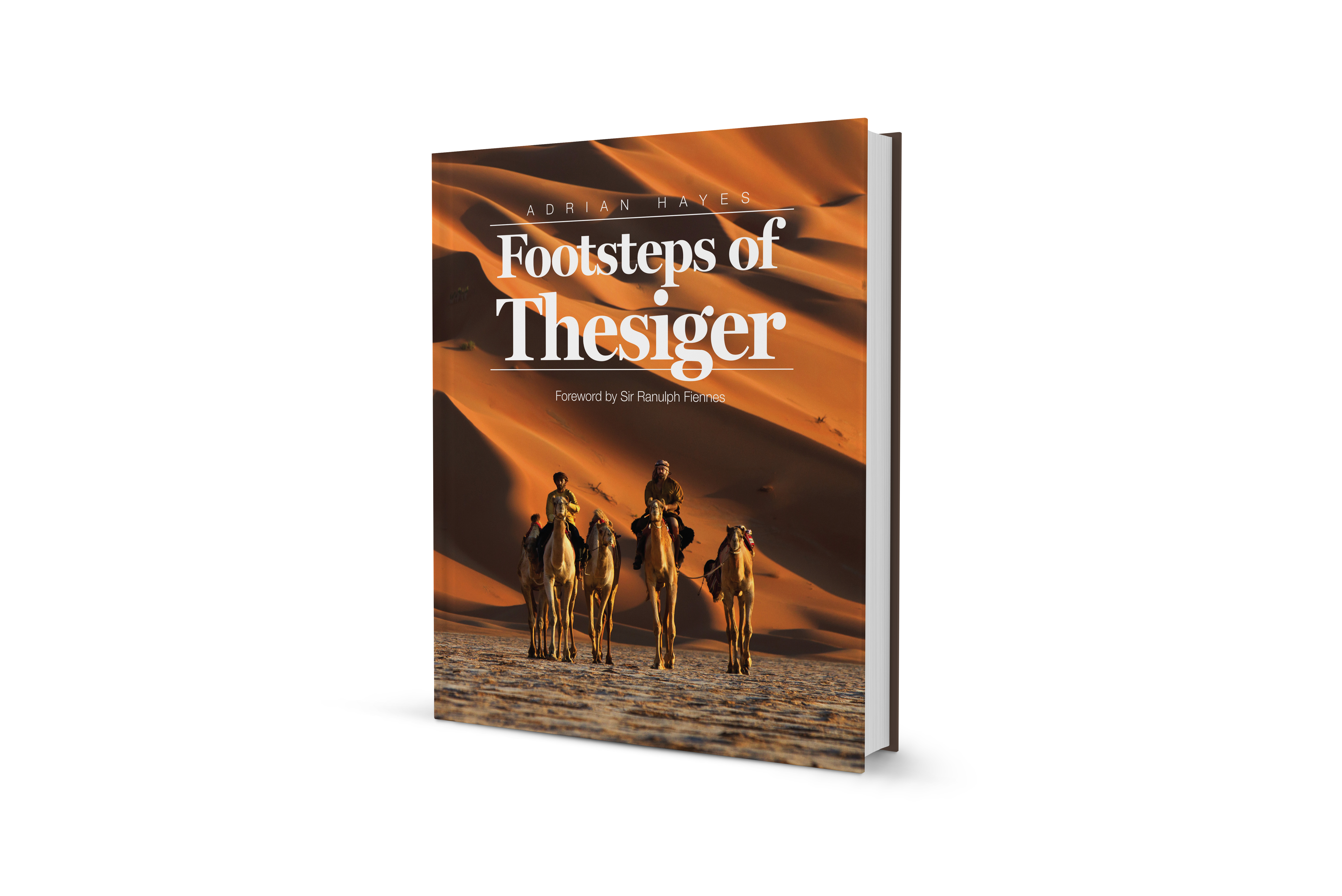