The following is excerpted from The Iraqi Table, a cookbook that not only provides recipes for the rich and delicious Iraqi cuisine, but also celebrates its traditions, culture and heritage. After collecting recipes for over a decade, Raghad Al Safi refined, perfected and compiled them in this collection, which is a loving tribute to her motherland and its cuisine.

Having been born in Baghdad, my eyes were opened at an early age to the diversity of Iraqi culture. My cultural understanding came from the many different religions, backgrounds and customs of my classmates; I firmly believed in a place of peaceful harmony and mutual respect in my home country. My friends were Assyrian, Kurdish, Turkmen, Yazidi, Christian and Muslim. I had neighbours of Turkmen-Kurdish origin, while others were from the northern city of Mosul and more were from Basra in the south. My schoolteachers were Catholic and my doctor was Jewish. But the bonds that united us were stronger than any that divided. We didn’t just coexist without strife; there was a true atmosphere of acceptance. We socialized happily and introduced each other to all types of traditions, beliefs, and (most importantly for me) food.

The ritual of breaking bread was not just symbolic in my childhood, it was literal. It was at my family’s Iftar meals – where the myriad menu items also included offerings from Turkmen, Christian Iraqis and Jewish Iraqis – that I experienced a microcosm of my country’s diversity. While I can still taste the spicy uroog lamb patties and smell the cardamom and aniseed-infused kleitcha cookies being shared amongst all gathered at the table for Eid, what I remember best is the way that food truly united people – irrespective of ethnicity, religion, region or even social status.

My mother was a wonderful hostess, who always looked her best. With so many people in our extended family, it was as if our home had a revolving door. My parents were the oldest siblings, and every day many of my seven uncles, six aunts and sixty cousins would descend on the household to sample traditional Iraqi food. Without fail, at least two or three families would eat their evening supper at our house. While my mother revelled in her duties as a graceful hostess, I would disappear behind the scenes into the kitchen, where I believed the true spectacle was being performed. My six-year-old self adored our cook, Om Saleh – and I would always watch as she prepared kubba, with tastes influenced by her hometown of Mosul. I was smitten with Gurdu – the Assyrian cook responsible for a delicious variety of rice and meat dishes, and I loved Om Anoosh – whose speciality was pastries and snacks from Armenia. My eyes would follow every flick of her wrist as she sat on the floor alongside her round wooden table, thinly rolling dough and stuffing it with nuts, spices, cheese and herbs or meat. I took any opportunity given to immerse myself in their practices.

As a self‑nominated supervisor it was a time when my imagination transformed the cooking quarters into a theatre.

I left Iraq as a twenty-eight-year-old and after gaining a civil engineering degree I found myself with a hunger for adventure, which took me around the world. I have lived in Baghdad, London, Amman, Vancouver, Baku and Dubai (my current home), where I sampled all the regional specialties they had to offer. However, the responsibility of nurturing a household as a newlywed also reminded me of my Iraqi identity. Having grown up with a diet that accompanied almost every important occasion with a special dish (whether it was Eid, Ramadan, Christmas, weddings or just the reward for good grades) I inherently understood the connection between eating and expression. For me, preparing meals is instinctive rather than intellectual. Food is not just sustenance, but a bridge built between generations and nationalities. Cooking helped me transform all of the houses I lived in into homes; it has given me the opportunity to honour my origins and to pass traditions on to my children.

I am writing this from Dubai today, with a desire to connect the cuisine and culture of both an ancient civilization and modern country. My aim is to present the understanding of Iraqi food, beyond the generic Levantine staples of hummus and tabbouli, to placate the many visitors who dined at my dinner table and asked for my recipes as they attempted to persuade me to put them to paper, and to pass on a tangible tribute to the rich, unique, wonderful recipes and traditions for future Iraqis and food enthusiasts from around the world.

I bring all of my love of food, my experiences, and my passion into what I know best: my table.

The Iraqi Table is priced at AED 175. 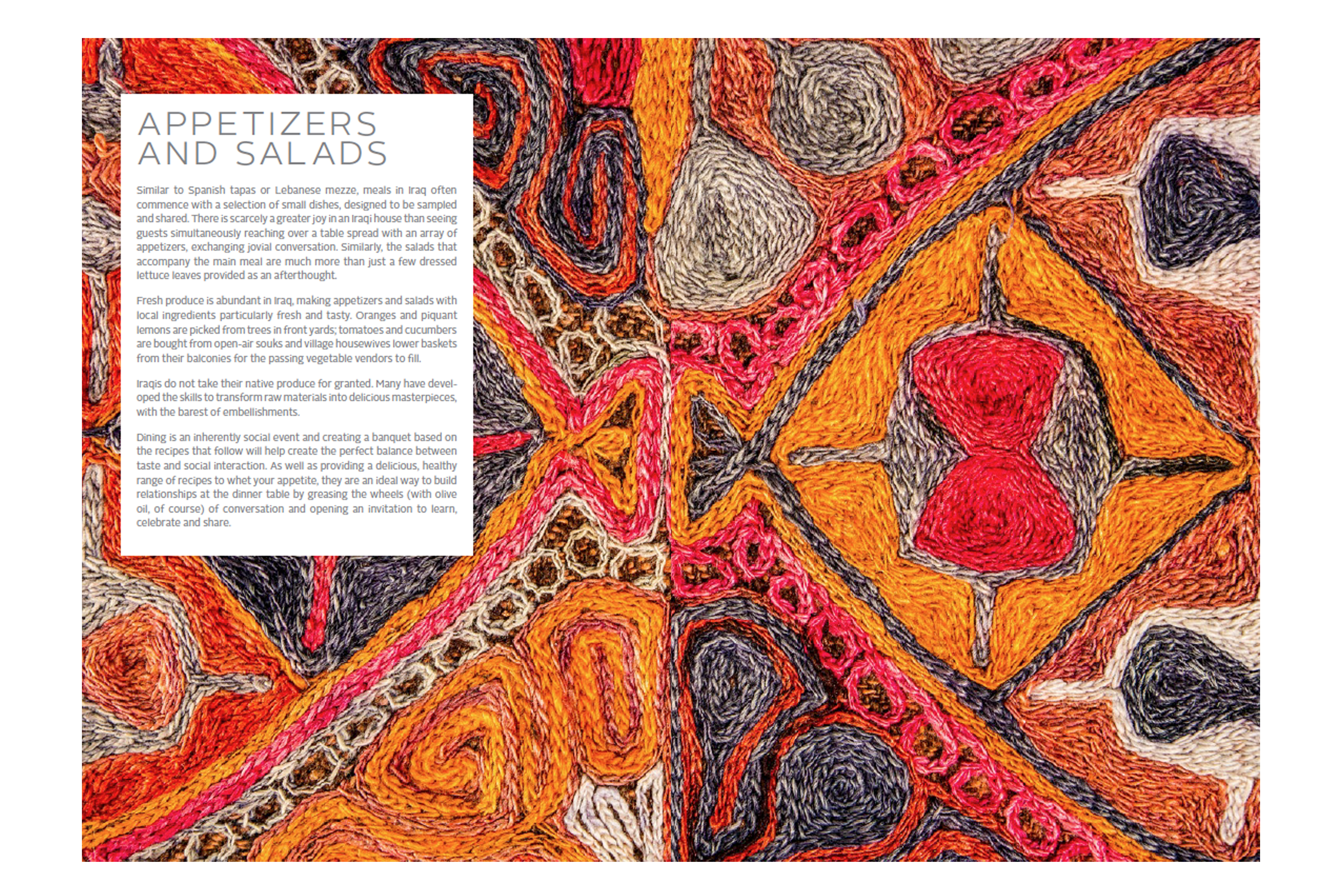 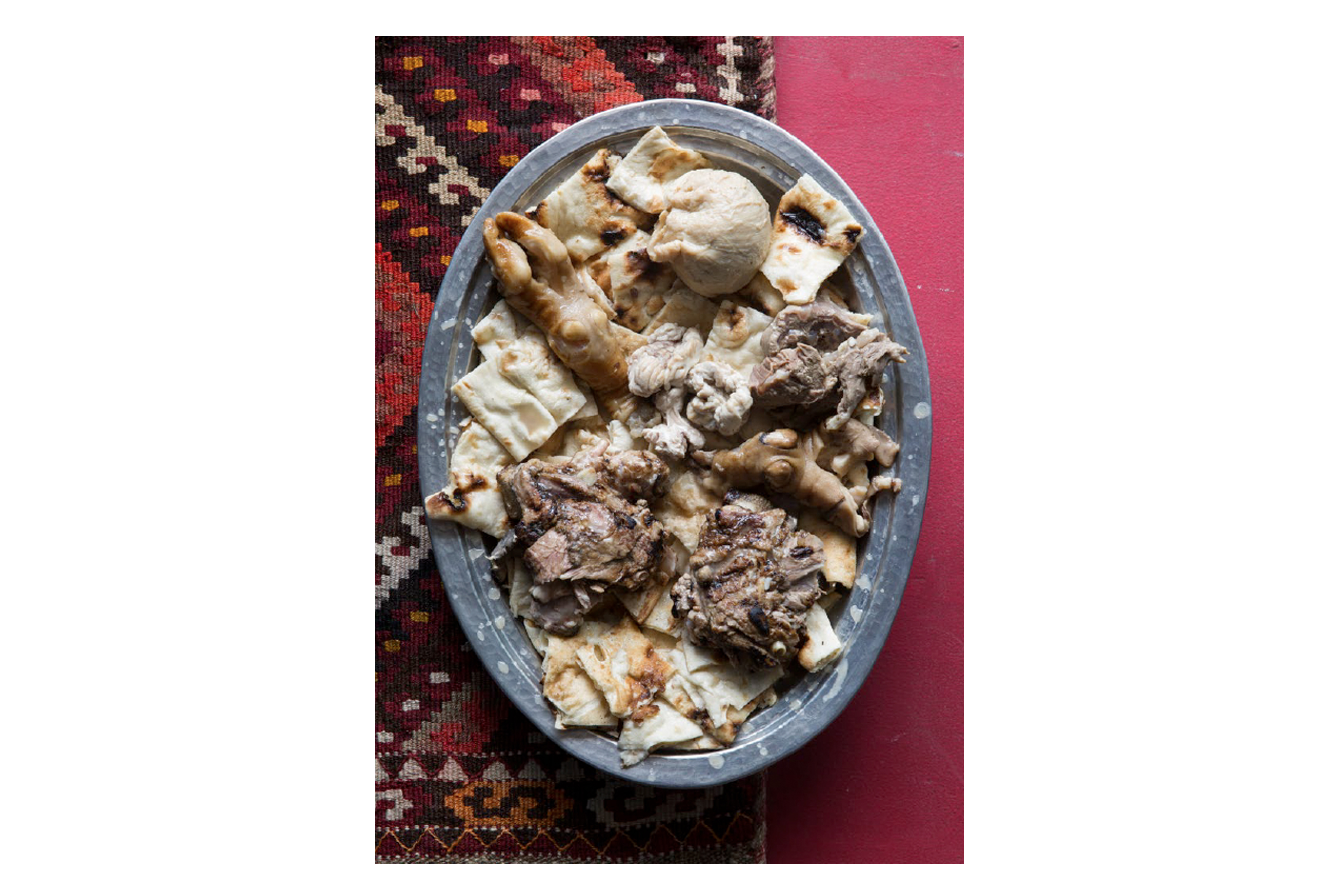 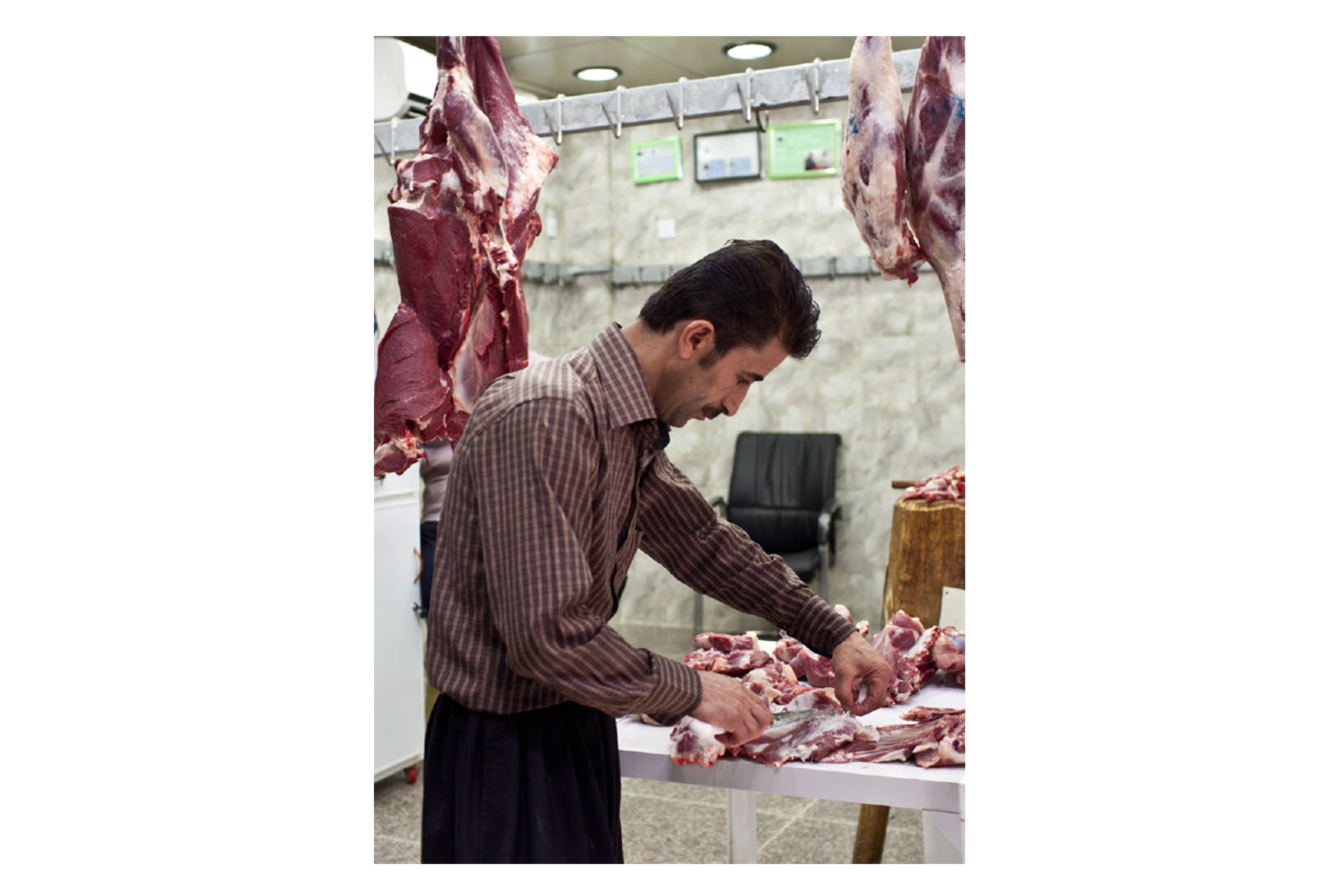 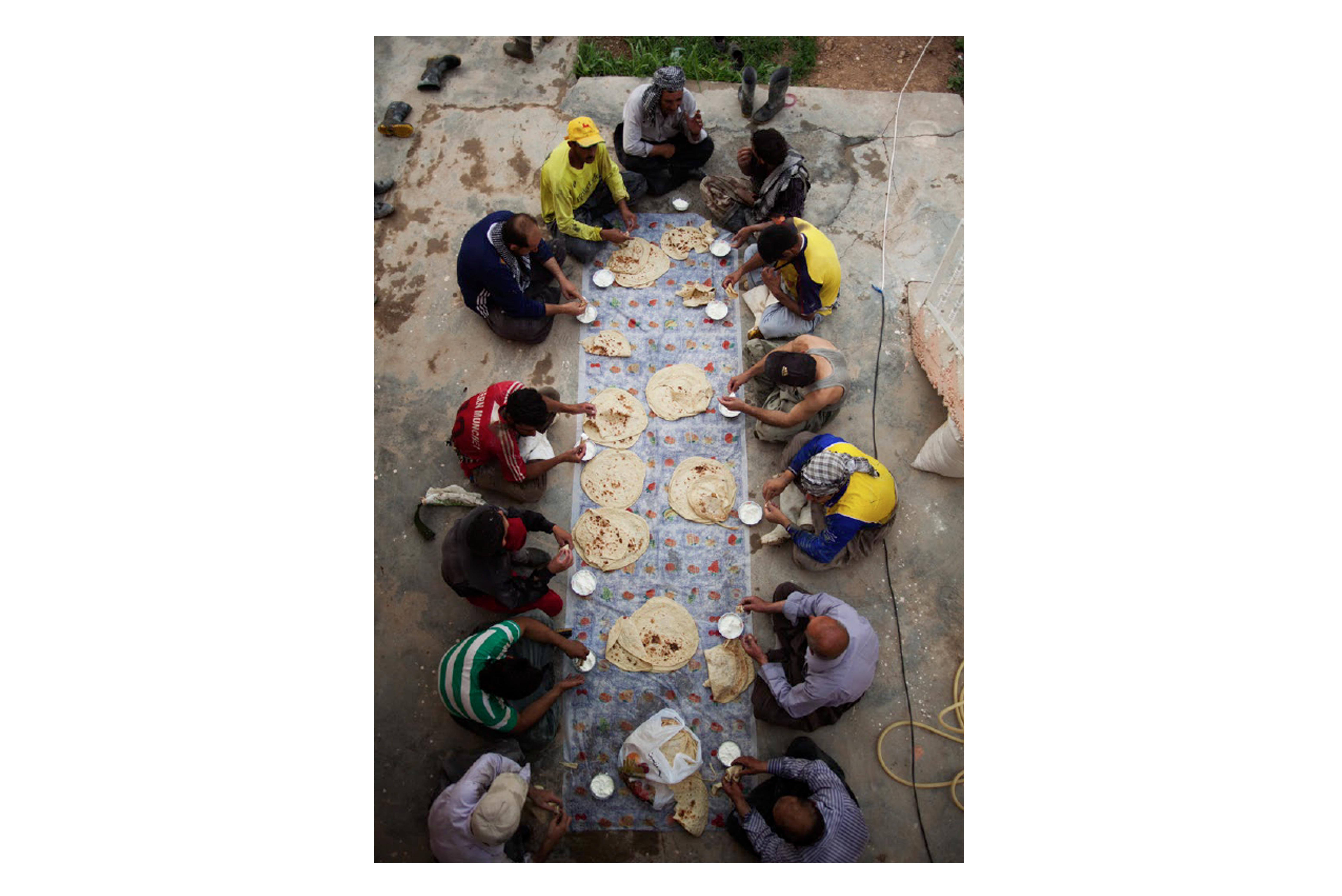 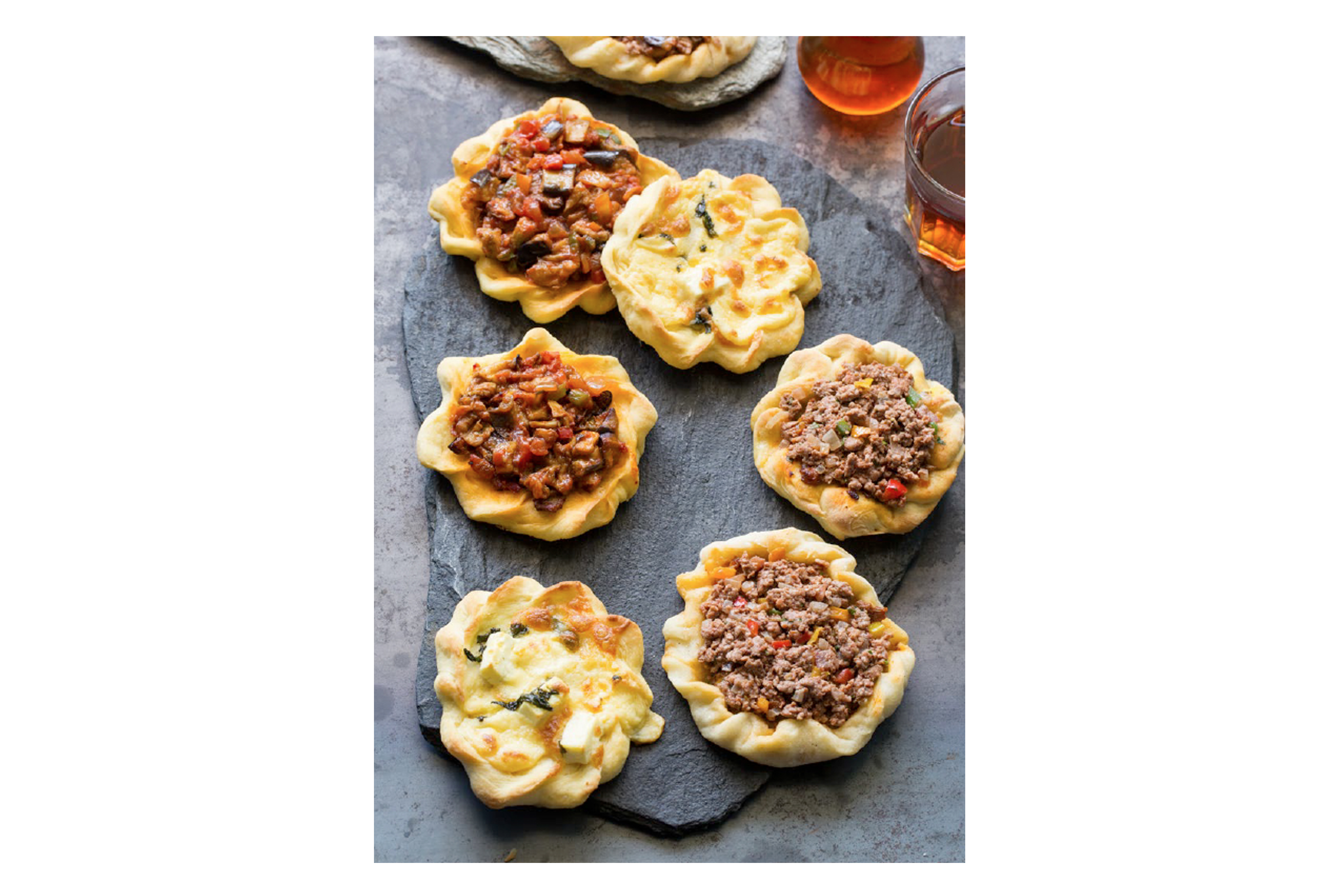 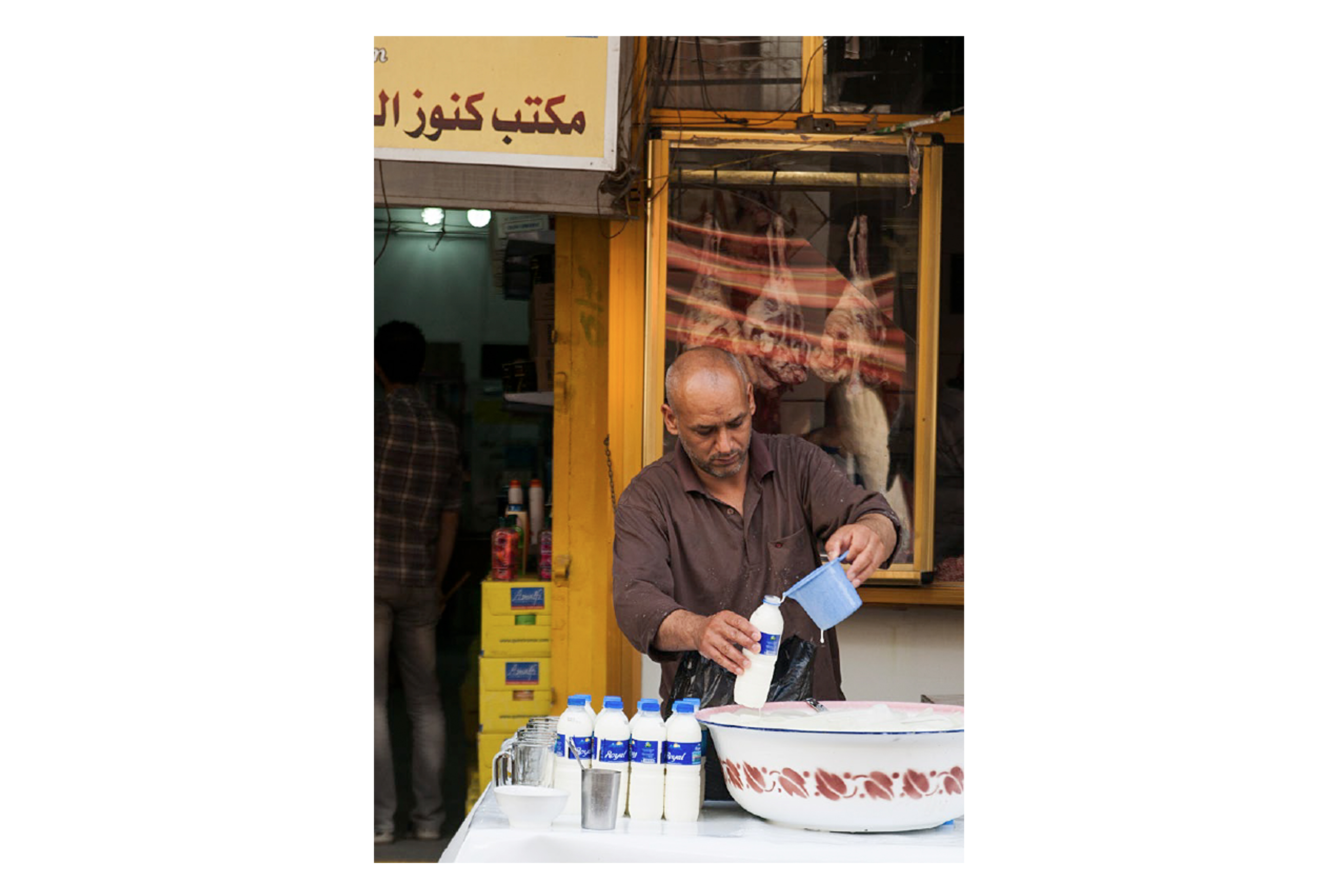