Today is the International Day for Tolerance, a day which was marked by the UN General Assembly in 1996, inviting the world to observe it on the 16th of November. This followed an initiative by UNESCO which marked the 125th anniversary of Mahatma Gandhi’s birth in 1994.

Tolerance is the respect and appreciation for the world’s diverse cultures wherever they exist. Even within our cities, schools and homes. Tolerance recognizes the universal human rights and freedoms of everyone. And more so, it’s important to remember that we are naturally diverse, our lineage and ancestry is wide and interlinked, and tolerance is a reminder of our origin and our evolution.

The only way we could ensure the practice of tolerance worldwide is through education and awareness, and this starts really early on with children at schools and other educational platforms. The UN lists five ways in which tolerance can be countered, these are through:

The UN has also partnered with Madanjeet Singh to create the UNESCO-Madanjeet Singh Prize for the Promotion of Tolerance and Non-Violence, which rewards significant activities in the scientific, artistic, cultural or communication fields aimed at the promotion of a spirit of tolerance and non-violence.

In the meantime, we have collected 8 children’s book titles promoting tolerance, inclusion, diversity that are timeless and befitting any culture anywhere in the world. If we can all keep an open mind, we can understand the struggles of humanity as a whole and learn that the best act we could do is being compassionate with everyone, including ourselves.

1. Other Words for Home

A middle-grade novel about Jude, a young girl who must escape the volatile Syria, leaving her family and her home to move to the United States where it is safe. The story trails her life experiencing a strange culture that is fast and loud, and one that has labeled her ‘Middle Eastern’. But there are new friends, an extended family, and new possibilities. This is a tale for finding yourself.

August Pullman was born with a facial difference that, up until now, has prevented him from going to a mainstream school. Starting 5th grade at Beecher Prep, he wants nothing more than to be treated as an ordinary kid—but his new classmates can’t get past Auggie’s extraordinary face. Wonder, begins from Auggie’s point of view, but soon switches to include his classmates, his sister, her boyfriend, and others.

What does it feel like in a day in the life of a mixed-race child?Answering a lot of questions about being mixed is definitely on the daily.

This light book helps answers these questions in an energetic and charming way.

4. The Sneetches and Other Stories

The story of the Star-bellied Sneetches and their star-less friends is a perfect guide for kids growing up in today's multicultural world. This classic is joined by equally entertaining tales: The Zax, a humorous take on the art of compromise; Too Many Daves, which shows kids that sometimes standing out is better than blending in; and What Was I Scared Of?, which demonstrates how empathy can transform a stranger into a friend.

In these four energetic stories, Dr. Seuss challenges the idea that we have to look the same or be the same to find common ground. Full of Dr. Seuss's signature rhymes and lively humor, this story collection is a must-have for any reader, young or old.

One of the most common and universal phrases. This story is about Elliot and Kailash. Eliot lives in America, while Kailash lives in India. They are pen pals. By exchanging letters and pictures, they learn that they both love to climb trees, have pets, and go to school. Their worlds might look different, but they are actually similar. Same, same. But different!

6. Who Are Refugees and Migrants? What Makes People Leave Their Homes? and Other Big Questions

This book not only answers a lot of unanswered questions that young children will have about the issues with refugees, but it also explores the history of refugees and migration around the world and the effects on people of never-ending war and conflict. It compares the effects on society of diversity and interculturalism with historical attempts to create a racially 'pure' culture. It takes an international perspective, and offers a range of views from people who have personal experience of migration, including the campaigners Meltem Avcil and Muzoon Almellehan, the comedian and actor Omid Djalili and the poet Benjamin Zephaniah. Aimed at young people aged 10 and upwards, the book encourages readers to think for themselves about the issues involved. There is also a role-play activity asking readers to imagine themselves in the situation of having to decide whether to leave their homes and seek refuge in a new country.

7. Symptoms of Being Human

This is a fictional story of Riley Cavanaugh who is gender fluid. Some days, Riley identifies as a boy, and others as a girl. The pressure is built up in Riley’s life with starting school, the media, and the conservative county Riley is growing up in. On the advice of a therapist, Riley starts an anonymous blog to tell the truth of what it’s like to be a teenager experiencing gender fluidity, only for it to go viral with Riley’s real identity being threatened for exposure. Which life will Riley choose?

8. To Kill a Mockingbird

This is a classic novel published in 1960. And although it centers on African American issues with race, we shouldn’t forget how racism is a global issue that affects us all.

The story is set in 1933 during the Great Depression and is narrated by six-year-old Jean Louise Finch, a girl from a white family whose father is a lawyer and is asked to defend Tom Robinson, a black man accused of raping a young white woman. What ensues is the townspeople’s discomfort dealing with issues of racism and violence, and the moving narration of human behaviour. 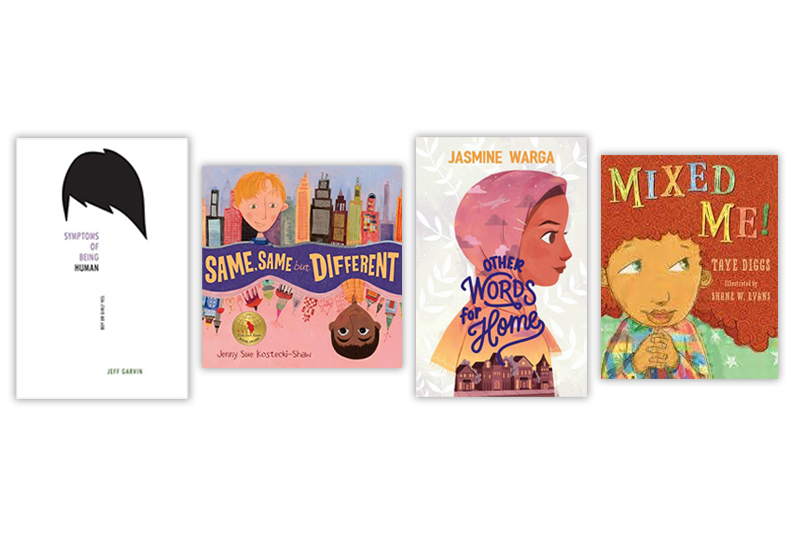 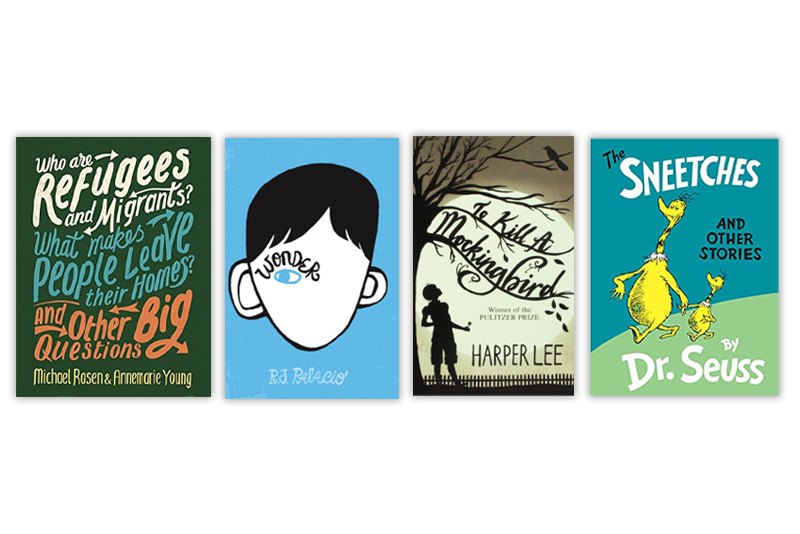