Ten Timeless Books on the Topic of Racism

Let’s face it. We’ve all been thinking and talking about racism these past couple of weeks. We went from end-of-the-world to check-your-privilege before we could even become expert bakers. And if you’re on social media, the one question that’s on everyone’s mind (other than ‘when will 2020 end’) is why is racism still taking black lives!?

The discourse is vast and deep and spans decades. But the beautiful thing that’s happening now, that I am personally witnessing as an Arab living in Dubai is how the conversation is being had among different communities and cultures and countries. For the first time, racism is not an only American thing, racism is a worldwide issue that needs to end. And the amazing activists and empaths all over the world have all been scrambling to collate information so that everybody in their own communities can join the conversation in an opportunity and effort to check their own racism, their privilege, their families and so on, to help support the global anti-racist campaign that all black lives matter.

I’ve taken the time to find some books on this topic that are relevant to the region and the time, piecing bits and information from the US and from the Arab world, from Frantz Fanon to Edward Said. This is the time we spend unlearning the negative ways we have regarded or treated people of colour, and learn what each of us can do in our small ways to end racism everywhere. And this is list is by no means exhaustive, but a good place to start.

Published in 1978, the author developed the idea of "Orientalism" to define the West's historically patronizing representations of "The East"—the societies and peoples who inhabit the places of Asia, North Africa, and the Middle East.

2. Memory of the Flesh by Ahlam Mosteghanemi

A prize-winning novel set against Algeria’s struggle against foreign domination as well as its post-independence struggle with itself and the fate of revolutionary ideals in a post-revolutionary society.

3. Arab, Australian, Other: Stories on Race and Identity by Randa Abdel-Fattah

A collection of stories exploring the experience of living as a member of the Arab diaspora in Australia and includes stories of family, ethnicity, history, grief, isolation, belonging and identity.

4. Season of Migration to the North by Tayeb Salih

A classic postcolonial Arabic novel by the Sudanese novelist published in 1966. In 2001 it was selected as the most important Arab novel of the twentieth century.

Author and educator, Robin DiAngelo, illuminates the phenomenon of white fragility and referring to the defensive moves that white people make when challenged racially.

6. How to Be an Antiracist by Ibram X. Kendi

Antiracism is a transformative concept that redirects and reenergizes the conversation about racism towards new ways of thinking about ourselves and each other. The author combines ethics, history, law, and science with his own personal story of awakening to antiracism.

7. Me and White Supremacy: Combat Racism, Change the World and Become a Good Ancestor by Layla Saad

This book is a critical piece of work that adds historical and cultural context while sharing anecdotes, definitions, and examples to give the reader the language to understand racism, and to dismantle their own biases.

A fascinating book on life with the Black Panthers in Algiers, where the author, a young American had become involved in the struggle and worked with leaders of the Algerian Revolution, including Frantz Fanon.

A collection of essays on Arab identity, art, and politics that seeks to locate the mezzaterra, or common ground, in an increasingly globalized world.

10. So You Want to Talk About Race by Ijeoma Oluo

This book guides readers of all races through a wide range of subjects such as intersectionality and affirmative action in order to have productive conversations about race and racism. 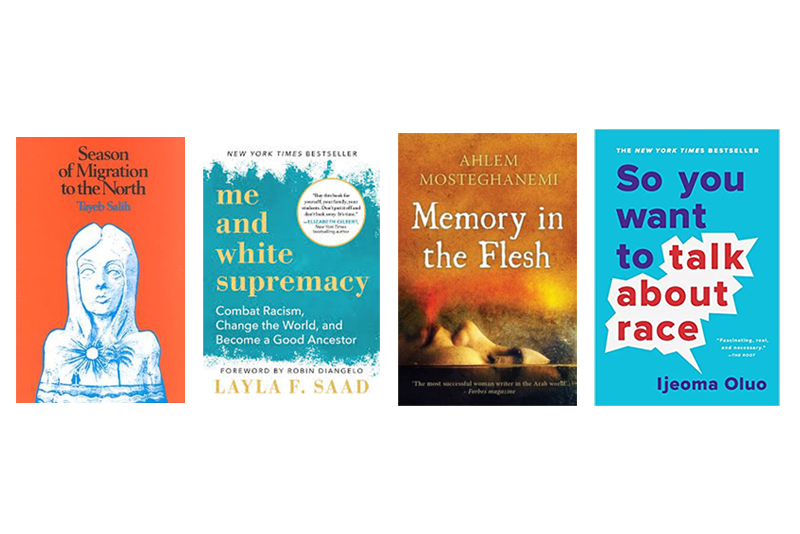 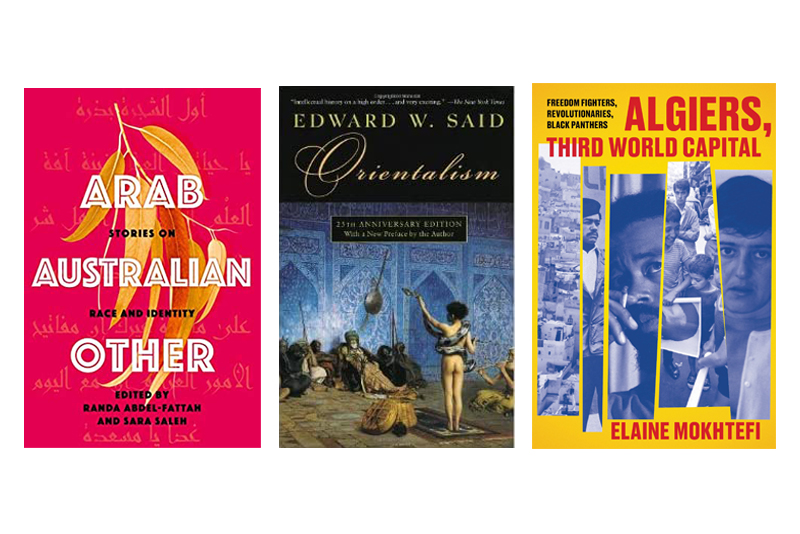 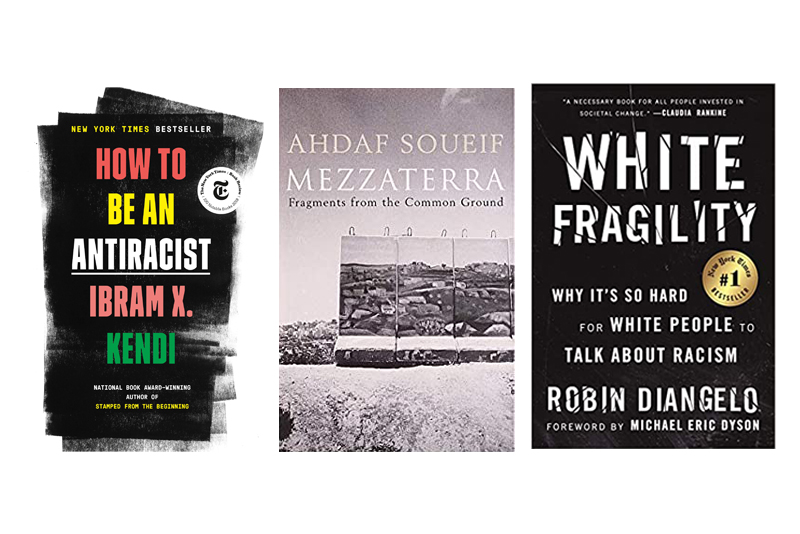