Be the first to review this product
The Physics Books
DK
AED 110.00

Explore the laws and theories of physics in this accessible introduction to the forces that shape our Universe, our planet, and our everyday lives.

Using a bold, graphic-led approach The Physics Book sets out more than 80 key concepts and discoveries that have defined the subject and influenced our technology since the beginning of time. Seven themed chapters examine the history and developments in areas such as energy and matter, and electricity and magnetism, as well as quantum, nuclear, and particle physics.

Eureka moments abound: from Pythagoras's observations of the pleasing harmonies created by vibrating strings, and Galileo's experiments with spheres, to Isaac Newton's apple and his conclusions about gravity and the laws of motion. You'll also learn about Albert Einstein's insights into relativity, how the accidental discovery of cosmic microwave background radiation confirmed the Big Bang theory, the search for the Higgs boson particle, and why most of our Universe is missing.

If you've ever wondered exactly how physicists formulated - and proved - these abstract concepts, The Physics Book is the book for you. 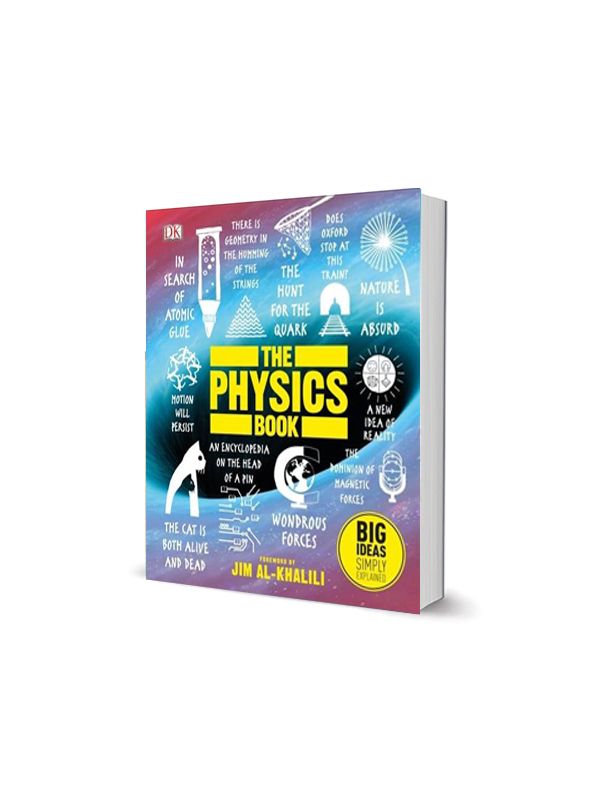 We believe in the power of discovery. That's why we create books for everyone that explore ideas and nurture curiosity about the world we live in.
From first words to the Big Bang, from the wonders of nature to city adventures, you will find expert knowledge, hours of fun and endless inspiration in the pages of our books.
https://www.dk.com/

Professor Jim Al-Khalili, OBE FRS, is a physicist, author and broadcaster based at the University of Surrey. He received his PhD in theoretical nuclear physics in 1989 and has published over a hundred research papers on quantum physics.
His many popular science books have been translated into twenty-six languages. He is a recipient of the Royal Michael Faraday medal and the Institute of Physics Kelvin Medal.
In 2016 he received the inaugural Stephen Hawking Medal for Science Communication. He lives in Southsea, Hampshire, with his wife Julie.