Be the first to review this product
Lines of Descent
Maurice Flanagan and Julian Flanagan
AED 105.00

Lines of Descent is the first collection of poetry from Sir Maurice Flanagan and his son, Julian. The poems span the tapestry of two men's lives, the warmth, loss and humour, brought to life in contrasting styles. Both father and son chart experiences from an English village lane at night to a beggar girl in the Bombay morning; from the surprising consolations of age to a baby's first breaths on a hospital sheet. Some evoke the gravitational pull of family and home, while others take the reader to faraway, soaring heights. The book also features one short story from Sir Maurice Flanagan. 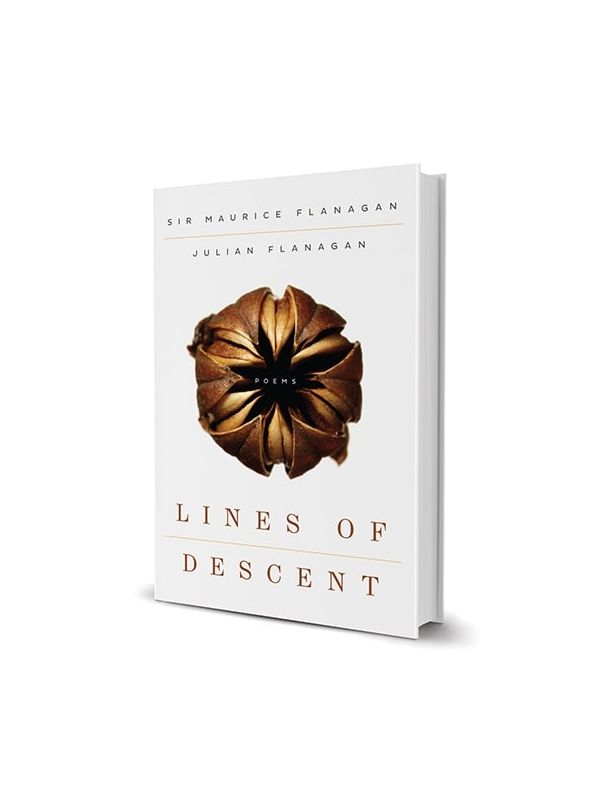 Born in Leigh, Lancashire, Sir Maurice Flanagan spent his whole working life in civil aviation. After completing his studies at Liverpool University and National Service as an RAF Navigator, he ascended the managerial ladder at BOAC, British Airways, DNATA and, in 1985, was the founding Managing Director of Emirates. He retired in 2013 as Group President and Executive Vice Chairman. Flying alongside this was his literary life, as a published poet and the author of an award-winning television play, The Garbler Strategy.

Julian Flanagan's first poem appeared in The Spectator. Others followed in Ambit, Envoi, The Manchester Review, Orbis, Iota, The Rialto and others. Educated at the London School of Economics, his day job is journalism. Interviews have included Jack Straw, Howard Jacobson, Don McCullin, Douglas Hurd, Ralph Steadman and Stella Rimington, for publications like The Times, FT Weekend, The Independent, The Daily Telegraph and The Economist.