Freshwater Fishes of the Arabian Peninsula

Freshwater Fishes of the Arabian Peninsula is a first-of-its-kind, comprehensive field guide that provides detailed and illustrated information about the little known and often ignored Arabian freshwater fish. The book is intended to enlighten and appeal to both scientific professionals and non-specialists alike. A must-have for naturalists, conservationists and citizen scientists based in the Arabian region who are keen to discover the fishes occurring in their area, and for professionals and amateurs everywhere who are interested in the biodiversity of Arabia and the biodiversity and evolution of freshwater fishes in general. 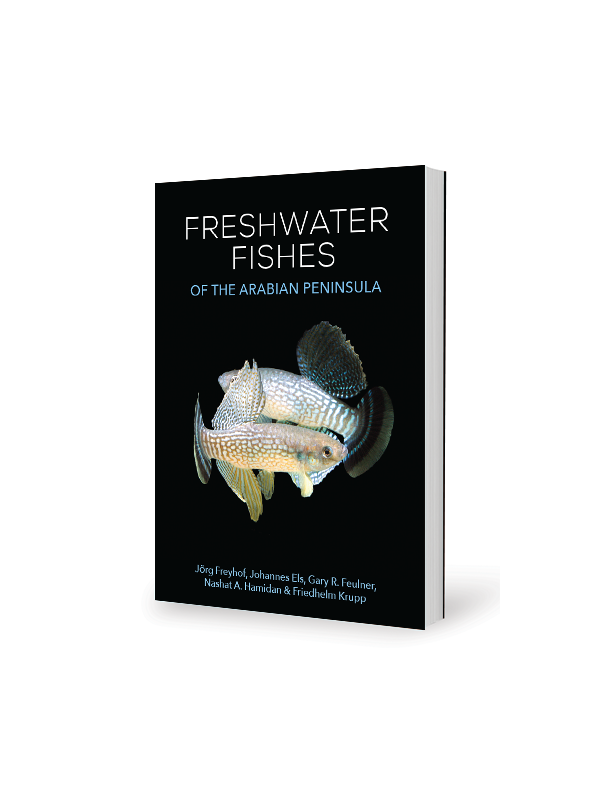 The book is co-authored by Jörg Freyhof, Johannes Els, Gary R. Feulner, Nashat A. Hamidan and Friedhelm (Fareed) Krupp, all scientific researchers and naturalists with expertise in fish studies (ichthyology) as well as general biology, ecology and conservation, and with many decades of combined experience in Arabia.