Be the first to review this product
Dubai 1962
Yoshio Kawashima
AED 165.00

Dubai 1962 is a unique collection of black and white photographs by Yoshio Kawashima, a Japanese photographer who visited Dubai in 1962. Through these rare and fascinating images, he captures the essence of the emirate in its pre-oil era, providing an insider glimpse into the times gone by. These photographs revive the spirit of old Dubai, reconnecting both Emiratis and expatriates to precious memories from an age long gone. 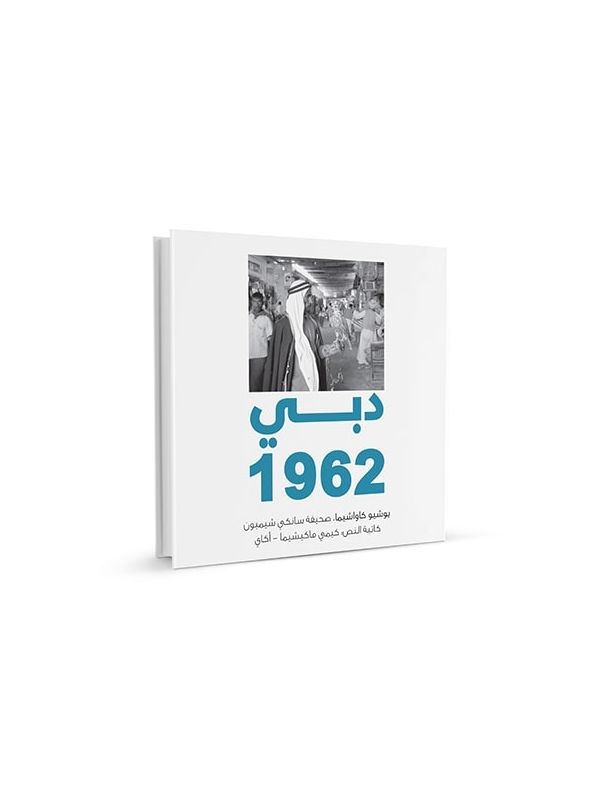 About the Author
More Information
Reviews
About the Author
Yoshio Kawashima was born in Tokyo in 1930. While studying economics at university, an encounter with Life magazine taught him the power of photojournalism and led him to start his collaboration with the Sankei Shimbun newspaper in 1952. As a professional photographer, he was assigned to various parts of the world, including the Middle East. His photographic report from South America on Japanese immigrants won him the prestigious 1958 Vaughn-Ueda journalist award. Upon retirement, he became the president of the Japan University Press. Today, he is an honorary member of the Photographic Society of Japan.
More Information
Reviews
Write Your Own Review