Be the first to review this product
Arabian Dreams
Aaron Maree
AED 145.00
Arabian Dreams was voted one of the top fifty-seven cookbooks in the world and the best Arabic cookbook title in the world in 2011 by Gourmand International. Maree's passion for Middle Eastern cuisine is reflected through a selection of sweet Arabic favourites, tweaked to fit the taste buds of modern UAE. Each recipe comes with crisp culinary insights, a detailed "how to" guide and tantalising photos. This book will reignite the passion for creating desserts, cakes and pastries.
Out of stock
Only 0 left
ISBN
978 1 86063 297 6
Skip to the end of the images gallery
Skip to the beginning of the images gallery 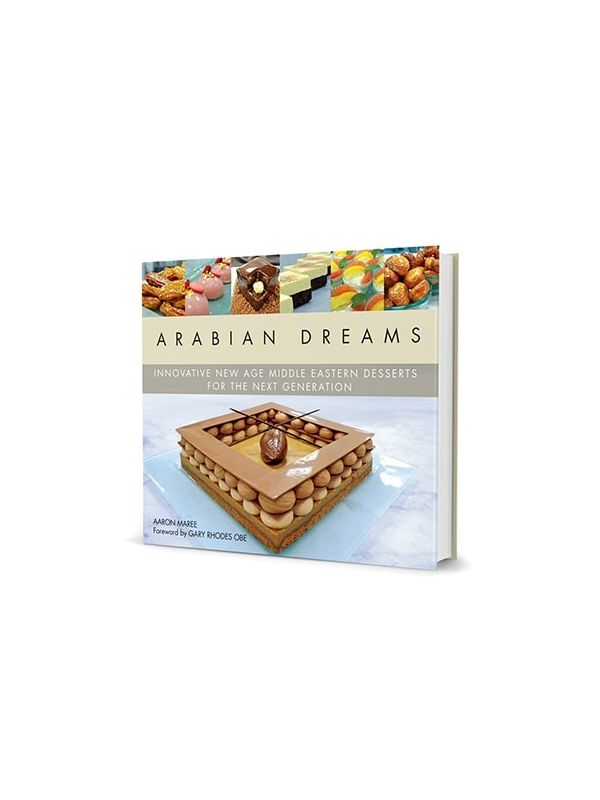 About the Author
More Information
Reviews
About the Author
Aaron Maree has over thirty years of experience in the professional kitchen. During 1990â€“2001, Maree was one of the most prolific cookbook authors in his homeland with more than a dozen cookbooks published on his trade of patisserie. At the height of his publishing successes, personal loss made him reflect on life and career, which to that date included numerous culinary awards. In the years since 1996 Maree has visited more than seventy-five countries, working professionally in close to a dozen of them. He has twelve cookbooks to his name and also a multitude of awards, grants and scholarships. Since 2005, Maree has made the Middle East his home.
More Information
Reviews
Write Your Own Review