A History of the Arab Peoples

Be the first to review this product
A History of the Arab Peoples
Albert Hourani
AED 79.00

In a bestselling work of profound and lasting importance, the late Albert Hourani told the definitive history of the Arab peoples from the seventh century, when the new religion of Islam began to spread from the Arabian peninsula westwards, to the present day. It is a masterly distillation of a lifetime of scholarship and a unique insight into a perpetually troubled region.

This updated edition by Malise Ruthven adds a substantial new chapter which includes recent events such as 9/11, the US invasion of Iraq and its bloody aftermath, the fall of the Mubarak and Ben Ali regimes in Egypt and Tunisia, and the incipient civil war in Syria, bringing Hourani's magisterial history up to date.

Ruthven suggests that while Hourani can hardly have been expected to predict in detail the massive upheavals that have shaken the Arab world recently he would not have been entirely surprised, given the persistence of the kin-patronage networks he describes in his book and the challenges now posed to them by a new media-aware generation of dissatisfied youth.

In a new biographical preface, Malise Ruthven shows how Hourani's perspectives on Arab history were shaped by his unique background as an English-born Arab Christian with roots in the Levant. 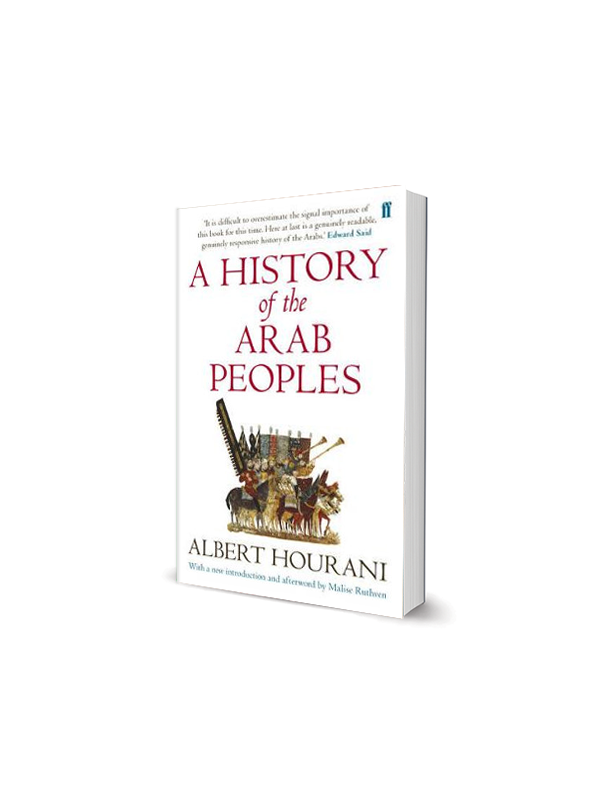 Albert Hourani was Director of the Middle East Centre. He died in 1993.